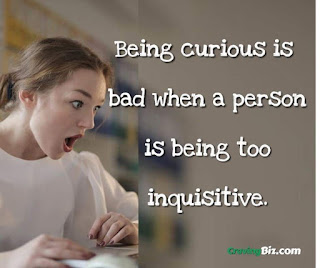 How bad is curiosity

10 thoughts on “How Bad Is Curiosity And Being Too Inquisitive”