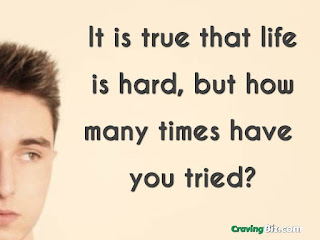 Students now stand on the belief that school is a scam, as it has nothing meaningful to offer other than the certificate they hold. In fact, the school certificate is now less valuable than not having one. It is true that education might have failed many but here is what to do when education fails.
It is true that the leaders might have failed on their promises, and the country might have failed many who have put so much hope and believe in them. Even the education we hope to make a change in the world has indirectly and unconsciously made the youth’s mind become their worst enemy.
With this, life has not been easy for many people as they find every means possible to survive as youngsters so they don’t eventually become victims of fraudsters while others are living the wayward lives of fraudsters.
We cannot really blame some of the youths for their actions when the government cannot help. But still, is becoming a fraudster the best help you can give to yourself?

Questions Youths Should Ask Themselves

How many times have you tried, how many times have you failed, how many times do you think you have to fail before you succeed? These are simple questions young adults need to ask themselves before indulging in some unethical activities all in the name of making money.
The rate at which youngsters indulge in fraudulent activities is at this point alarming, as many young adults are enchanted with the fast pace life, easy success, as they look for easy means to make money from their comfort zones.
Most youths are not ready to work towards a career or future. All they are after is to enjoy the moments of life as they come.
I was opportuned to meet with some people, as we had a brief but very sensitive discussion on how young adults are out there wasting their talents and gifts on things that are temporary, things that only last for the main time and somehow vanish away before their own eyes.
Ending their lives with regrets and sadness, as they have wasted so much time in the pursuit of valuable things.
You should always remember that you cannot eat your cake and still have it; same as you cannot waste your time on temporary things and still get value for it later.
As a young person, your focus and energy should be spent on things that will make and give you a better life, instead of spending so much time on things that will give you reputation today and take it all away tomorrow.
One of the major problems of youths of the twenty first century is that they are attracted to flashy things, without grounded knowledge of what harm flashy things can cause. They end up spending their entire life on things that will in a little time fade away without a trace.
While others who know the harm caused by material things still prefer to get involved in scams, yahoo yahoo, fraud and other illegal schemes, some in the western world live a gangster kind of life.
It is true that life is hard, but how many times have you tried? You can put an end to your problem, knowing what to do when putting too much effort but getting no result.
What is worth failing woefully at, is worth spending more time on; because there is something special about that which makes you fail.

Some people are just too lazy to try something meaningful or something new. This is most common among youngsters. All they want is success as easily as possible with little or no effort put into action.
What most people who try to make it in life by affecting other people’s lives negatively don’t know is that wealth not worthy to have or not worked for in a legit way will always be difficult to manage. You cannot maintain such because you didn’t understand how and from where it came.
So many young adults have illegally made wealth by tampering with other people’s life in a negative way, destroying others careers and taking people’s happiness just because they want fame for a certain period of time.
What difference does it make to be successful for a few months or years and then fall back to where you started or even worse?
I have heard of a tragedy – about a yahoo man who introduced his son into becoming a fraudster just like him. The boy just clocked 20 when he bought a new car of two million naira, while his father cannot afford a car of two hundred thousand naira. His family rejoiced with him for his so-called success, but the irony of it all was that he didn’t use the car for a week before he had an accident with the car and eventually killed a person on the spot while the car was written-off.
Just for the joy of the moment and the fun that won’t last forever, he ended in jail. A scenario he might never get off of.
What Went Wrong
1. The father encouraged the boy to start a life on a lifeless path; he chose the wrong path  without having a second thought.
2. He wanted fast and easy money: By scamming people you cannot make progress in life. You might think you are moving forward but indirectly wasting your time. When you get to a certain age and everything vanishes, only then would you realise what wrong you have done to yourself.
3. He might have indulged himself in some secret or spiritual activities: His father could not afford a car of two million naira at 40, but he did buy a car of two million for himself at 20. It seems he was in a rush and tried things that his father couldn’t try.
4. His life at this point might never be balanced; only with God’s help can he overcome.
In everything, the application of wisdom is essential. There are many other cases and happenings more critical and worse than this that we have/haven’t heard of.
You do not need to rush. Becoming successful at an old age is not a crime. It is only a way to learn from life teachings while you gain and gather more experience on that which you are working hard on.
Some Of The Entrepreneurs Who Hit It Big After 40
There are great people who made their marks in life at an early age just because they had opportunities. Aliko dangote was opportuned to become successful because he had an uncle who helped him.
There are some who are just fortunate to become successful, and there are others who made success at a later age. Sam Walton became the founder of WalMart at the age of 44; Adi Dassler became the founder of Adidas at the age of 49; Leo Godwin became the founder of GEICO at the age of 50; Hardland Davis Sanders became the founder of KFC at the age of 62.
Though they might be of age but they are happy and fulfilled. Perhaps you don’t really know what makes fulfillment different from success; you might need to read this: such wealth will always last for a lifetime and even be passed from one generation to the next.
These people should give you a boost and morale to get going and doing the legit things you know how to do, instead of venturing your time in things that will not last.
Instead of indulging yourself in a fraudulent act and still pay the price for it later, why don’t you start a freelance job and make money from home? There are other ways to make money as well, but you need to think right. Thinking is the hardest work a man can ever do, but when you understand the power of positive thinking, you can easily find your way around success.
Another thing that will help is finding the right set of friends – the kind of friends you keep can either make or mar you. You might not know this but walking away from destructive people can give you a boost to a greater height.
Most people are after temporary things of the world. They just want to be rich and famous, use the latest gadgets, buy the latest cars and all, without laying down a good landmark; yet, in their own very eyes all these things vanish away. You can be better tomorrow. All you need to do is start building a good foundation today.