Life is all about winning and losing and you must have asked yourself why you can’t win in life as you keep on failing in your quest to overcome life’s struggles. The reality about life is that anyone can win and everyone deserves to win, but not everybody can win in life. 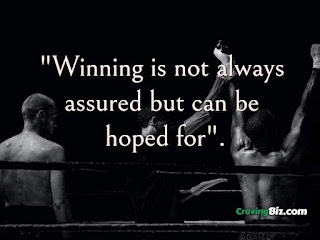 What many people believe to be a life of fulfillment is to win at everything, but this mindset is wrong. In life, we have to be faced with the challenge and a test of life, to know our capabilities, strengths and weaknesses. Without these challenges, life might not in any way have a meaning because what is perfect is always filled with imperfections.
Yet the reality about life is that nothing is perfect in the sight of man, as humans are always unsatisfied beings. One of the major effects of not being content among others, is what makes man curious. The hunger to crave for more is what drives us to assume nothing is perfect in the world.
Not being contented is one of the many costly mistakes teenagers make, however, knowing how to avoid these mistakes are very crucial, if you truly believe you deserve to win in life.

What is being fulfilled

What should be seen as fulfillment, should be more than our success in life, fulfillment should be equal to human happiness at every point in life. Knowing that fulfillment is to be satisfaction and that is the ultimate win for humans.
One mistake people make is that we think we can always win and we deserve to win, but life does not really work this way in reality. You can think of yourself winning, you can as well work hard and tirelessly toward becoming successful and winning at what you do, but the final decision isn’t in your possession to make. You may think you deserve to win, but it is not you to conclude on.
Life has its way of blessing and causing people to either win or lose. Even if you work so hard and think you deserve to win, there is no guarantee that you will win because you can not conclude for yourself what you want, You can think of it that you deserve to win but you can not make your winning happen.

The Hope Of Winning

You might have failed in recent years but you do not have to give up on yourself, instead why don’t you think of ways to starting a new life. Starting
afresh could be the best way to get back on track on winning ways.
Even the religionist who so much believes in God, after doing the moral things according to the scriptures, living a moral life and all, will never conclude that they will win, even when they know they deserve to win.
They subject their belief of winning to faith, with the hope that their dreams will eventually come to reality. Also important to know how positive mindset dies so quickly, while hoping for too long.
Winning is not always assured but can be hoped for. Having in mind that everybody can not win but anyone can win, you can not always win, you have to win at some fail at some.
It is always painful when we put in too much effort into something and such a thing eventually turns out contrary to your expectations. This could be heartbroken, but you do not have to give up because you are not here alone.
One of the popular Music Icons around the word Missy Eliot failed woefully in her bid to win the Grammy award, after putting in so much effort. She was nominated twelve times in one night, but failed to win any of the awards she was nominated for. This kind of failure could make you fall short of motivation, knowing how to motivate yourself is important to get back on winning ways.
Though she believed and thought she deserved to win, life has it’s way of taking its turns Sometimes, situations of this kind make us think if it is good or evil that actually leads the world, but surprisingly both good and evil works for the best for mankind and are what make the world a better place.
Despite the fact that not everyone deserves a winning chance in life, having a positive mindset is a way to give success a positive signal of winning potential.
Having a positive attitude toward life is one way to assure oneself of success. Everyone may not win, but you deserve to win, and to win is to have the mindset that you have to win at some and fail at some, this mindset is what will always keep driving you toward success and make you restless to achieve more in life.