Noticing backwardness after putting so much effort in moving forward may give you reasons to give up. Struggling with life is not easy and thinking of giving up may be a good idea but before you think of giving up, why not take a break and think of things holding you back from making progress in life. 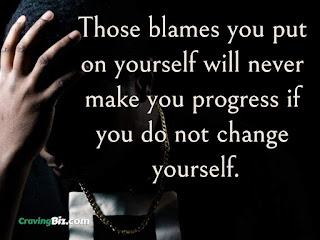 Recently I stumbled upon a pics saying, “There will be time when moving forward hurts, moving backward hurts, and standing still is deadly. Have courage and move on”. I was touched by this words
Having courage is good to move forward but without negating some things in our life which we may think is good might be the end result why we may fail progressing.
There are things you have to let go of when moving forward in life. You might think you have failed and it is time to give up trying.
Many people fail to realise the things stopping them from moving forward and at the same time days and years passes by until they give up since they could not meet up with life. Meeting up and overcoming life struggles have its own strategy as everything else in life is strategic.

Possible Things Stopping You From Moving Forward In Life