Parent’s education plays a very big role and impart in a child’s life, yet education alone can not guarantee the success of a child’s moral behavior. It is way beyond that, which I have to address. 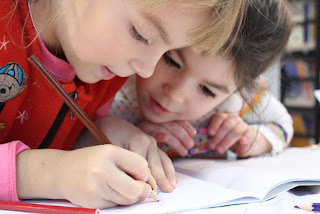 If education depends strongly on the moral behavior of a child, I would have gone for a professorial degree (PHD) by now, and people with the best degrees should have the best kids with good moral behavior, but I think a child’s behavior and moral life is actually more than a parent’s education level. – Mass

For parents to be learned is good and a great sign of positive progress in a child’s future. In fact, when parents understand the value of education and incorporate such into their child or children’s way of life, it boosts the confidence in such children’s life and a bounce to a child career pursuit, because most parents who have achieved more from education will always want the trend to go on in their family. Infact, many would prefer to make it a custom and a tradition in their home.
To this end, most parents would always love their children to achieve more degrees to help in their career pursuit and even want the child to read and achieve more than they have.
But does collecting all these degrees affect the moral behavior of a child and even the parents despite the educational levels?
The first thing I want you to know is that education and common sense which deals more with the proper use of the brain  are not the same, such as spirituality and the use of common sense are not in any way the same, though they might have a glitch but there is a bridge.

Education and Use Common Sense

For instance most people who mistake being spiritual from common sense can not understand some basic things about life and which could indirectly affect the moral behavior of a child.
Lets see it from this angle; The holy book says eating unclean things makes you unclean, if someone or a friend eats such unclean things, some people who take religion so seriously would say the person is possessed and he or she is worth talking or mingling with. – This is just the misconception of common sense, because eating unclean meat does not define the person’s way of life or moral behavior, infact such a person might be better than the other person who counts a person as possessed.
Another instance from the religious point of view is when a person does not sometimes go to church, or attend some programs in the religious places, such as church and mosques, people will say such a person is a devilish person and a sinner, some will even say” God is not happy with you”. It might even get worse that most people who call themselves believers will even do the worse by distancing themselves from you. Smile…
From the angle of education: Because a person is not academically sound or an illiterate does not mean such person can not be morally upright. The fact is, even if you have a degree in the world and know all the motivational and inspirational books does not make you a moral person or make you better than someone who is not educated.

The impact of parent education level does not in any way determine the moral behavior of a child. Thus, education is important because it is a plus to parents who value it and it could help the moral behavior of a child and the parent if common sense is applied correctly.
“Sometimes, it is not about what you know but how you apply them to your way of life greatly defines you”.

What is Common Sense?

Common sense is simply the application of knowledge. – Knowledge being practiced, this is common sense.
There are many parents out there who have good educational qualifications and yet their children are not doing any good or show any positive sign in their moral behavior.
“Infact most of the people who take things more seriously are the ones who fail the most”. –
But that does not mean that there are no parents with good educational qualifications who have children with good moral behavior.
All that matters is the correct application of common sense to things and how you handle your child’s behavior, how much do you know your child and how well do you give your child a chance to speak so you can know more about their strengths and weaknesses and how to fix them and teach them more about morality?
Here are some other articles that might give you a great insight about a child’s moral behavior: