It shouldn’t be surprising to know that people die of hunger and it is no new news that hunger kills as a result of poverty. But despite this sad news, there are some amazing things you can do to overcome hunger as a result of being poor. 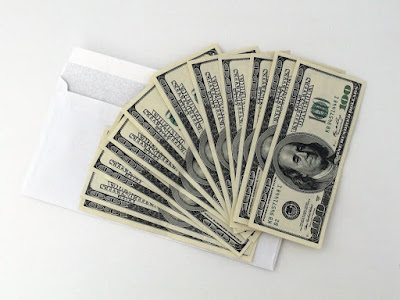 To know poverty is a communicable disease is to be aware of the damage poverty could cause to life if it fails to fight against it. One major effect of poverty is starvation, a way of dying of hunger.
As many as 25,000 people lose their lives every day as a result of hunger. That adds up to roughly 9.1 million people who die of starvation each year. – Creditdonkey

Most people are conscious of the harm poverty could cause but do not have the right mind and motivation to avoid or to overcome it. Though, there are still some people who lack knowledge about the damage caused by poverty as they are stock to believe with the mentality that poverty is a normal way of life.
Poverty mentality has made many people have accepted their fates to being poor as they see nothing wrong in poverty lifestyle, due to how the environment they live in has molded them, they believe that by nature some people are meant to be poor while others are meant to be rich and being poor is not a crime but normal way of life.
This mindset is called a fixed mindset, fixed mindset does not grow, as they fail to accept new ideas and accommodate knowledge, people with fixed mindset believe in what they are told and also adamant to learn or improve. Tired of the poverty lifestyle? Know the way to put a stop to poverty.
But yet as these people see poverty lifestyle as the best for them many who are poor do not see it this way as they never let their environment define them.
One thing is to be a product of your environment but not letting your environment define you is another thing. People with a growth mindset are always open minded people who are willing to learn. They possess a positive mind set and will never let their environment define them.
Raising from a poor background does not mean you can’t become successful, infact starting being poor is the best way to become successful.
How?
Being poor is the back-end of being successful. If you know little about computer programming you will understand the great effect of back-end development.
Let me make it clearer. Back-end is just like building a mansion, building a house is being done with solid understanding and good planning of both interior and exterior of a building.

Before the interior and exterior which means the outside of the building, there must have been a plan, strategy and structure laid down before starting building. Without a good plan, strategy and structure a building can never meet up with standard as the foundation may seem weak and not solid enough to hold firmly.
There are many buildings which look beautiful from the outside but worse when you get inside (interior) and there are buildings which look beautiful from the inside but worse on the outside (exterior). However, a building can be beautifully built and may have a weak foundation, this is where we are heading too.

How Poverty Could Be The Best Way To Build Wealth

1. Experience: experience is the best teacher and failure serves as the best way to becoming successful. Gaining experience without failure is impossible, experience and failure are what build a person toward becoming success.
Being poor is the best way to build a good and solid foundation to a successful life. Though, there are people who are born rich or born with silver spoons who did not taste poverty and yet maintain a good relationship with wealth. However the experience gained can never be of a person who struggles and hustle for wealth.
2. Learning The Hard Way: It is hard to see successful people who are once poor to end up being poor again. If you see any, then it means they probably do not apply common sense to whatsoever they did or they got the plan wrongly. Putting so much effort but yielding no result? It might be that you are on the wrong track doing the wrong thing at the right time.
“Thousand slip to the top, single slip to the bottom -Beware“
The above quote is most applicable for successful people who start their journey for wealth being poor.
To get to the top could take thousands of falls, which implies that a determined person who struggles to become successful will always learn the hard way and learning the hard way comes with a prize.
life is a teacher, the more we live the more we learn, the more we learn to accommodate failure and learn from them the better we become and the more experience we gain toward becoming a successful person.
3. What Defines You: Apart from people who are born into wealth and took it up from there to become successful, there is this particular person who is well known in African and the world as well recognize him, a businessman, a philanthropist, a person of great wealth and a well respected person in the world.
“Chief Michael Adeniyi Agbolade Ishola Adenuga Jr, GCON (born 29 April 1953) is a Nigerian billionaire businessman, and the second-richest person in Africa. His company Globacom is Nigeria’s second-largest telecom operator, which has a presence in Ghana and Benin.

He owns stakes in the Equitorial Trust Bank and the oil exploration firm Conoil (formerly Consolidated Oil Company). Forbes has estimated his net worth at $7.7 billion dollars as of February 2020″ – according to wikipedia
Mike Adenuga wasn’t born with a silver spoon based on findings, he was part of an environment which has no great potential of success as at then. He was a native of Ijebu igbo, Ijebu North local government in Ogun state Nigeria.
Though, there are so many different stories written about him and how he acquired his wealth – plusetvafrica
The major factor I will like to focus on is that he never let his environment define him. He knew who he was, he defined his purpose in life, he made his plan and worked out his strategic plan and defence, then set a goal.
This kind of a person is one who develops a growth mindset towards life, I keep wondering how many times he has fallen and risen again. ” If you fall it does mean you have crumbled, it is only when you crumble you fall”.
There are other great people and great people who started with nothing. Here is Thomas Edison and Steve Jobs and others with little beginning.
“Life passes little pieces of information , the knowledgeable ones hold on to the little they have acquired and build on it but the fools wait till they can gather every piece”.
Being poor or raised from a poor background does not define who you are, what defines you is how you choose to define yourself. Your beliefs, environment, the friends you keep and mindset serves as your greatest enemy, a blessing to you at the same time. To make positive use of these things is what separates the best from the rest.
4. Do Not Give Up: This should only be an option when you are fulfilled, giving up should not be on your list when you are still struggling through life, with no confidence of how successful you will be in your 50’s. Even successful people never give up, so why you?
When you give up now, what next? Remain in poverty and fool around with people who will still gossip about you and laugh at you when you have nothing valuable to be proud of or work your way toward the hot coal of life, get burned with scars of failure in your heart and then walk out in glory? The choice is yours to make.
That scar shows how well you have blended with life, the lessons you have learned from life’s teachings and experience gathered.

When you remember the hell you have once passed through and the rough, tough days, you will always appreciate life and credit yourself for a job well done as people will respect your values.