Self education literally means thinking for oneself to succeed, and which could help an individual develop a mindset against bad actions. Actions are generally established and exhibited from the mind, so good or bad actions are inevitable. 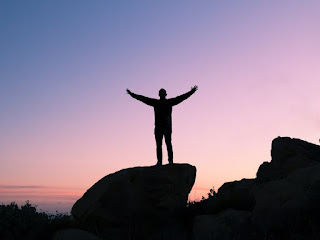 How Self Education Promotes Bad Actions

The very education that creates civilization also creates corruption so everything in life has its own good and bad end.
But should we push the blame on education? I think not, since life comprises of both good and evil then we as humans must face both side of life because we aren’t perfect to overcome these obstacles. However, the beauty of it is when the good supersedes the bad actions.

Also Read: Why is Self Education Important To Young Adults
Let’s take for instance how self education could put us in great danger consciously or subconsciously. Imagine you want to learn something through self education, which one of them is by the help of the internet, as we take advantage of our smartphones, we visit the internet and instead of getting the information we need.

Self education in this vein, could easily mislead a person and why they are not able to get back on track may be because they are weak minded while some could not control themselves because they do not have an instructor. This is one bad effect of self education.
Self education does not make you really challenge your opponent as such but yourself.

Still, the importance of self education in curbing bad actions is much more of the advantage to individual actions and to the world in general.

Importance of Self Education in Curbing Bad Actions

Self education means a way of educating oneself to know or to acquire knowledge without the help of a teacher, training or master.

“Self-improvement will turn you into a new individual. When you explore something new daily, you broaden your view and go out of the common way of thinking.
Think about what will happen if you constantly feed yourself with inspirational books achieving greatness in life. You will be inspired. Eventually, you will buy into the idea that if others can do it, so can you”.

Many of the greatest moralist and scholars of philosophy which deals with the human reasoning and logical thinking are self educated, they learnt what they know by themselves without the help of others.
Self education could be a divine wisdom from the diviner; such knowledge is beyond human reason which is metaphysical in nature.
Let’s take a look at religious leaders and believers, self education has been the main reason why they have this strong belief about what they believe in. How do I mean? Religion itself is self educating, as the origin is based on human beliefs, experiences and ideas.
Wikipedia said and I quote “the history of religion refers to the written records of human religious experiences and ideas” which boils down to how to handle or control the mindset from good and bad actions which is called morality of today.
Morality is a way to discipline oneself by distinguishing between good or bad actions. The process of teaching oneself to know the right thing from wrong is called self education.

If we think deep, most of what we know today I mean the very good and bad actions we possess in ourselves is majorly the ones we teach ourselves.