From the very introduction of the internet, humans have been adapted and used to a fast paced life, everything seems easy as communication is done in a matter of seconds which creates a great improvement in mobile and online businesses. 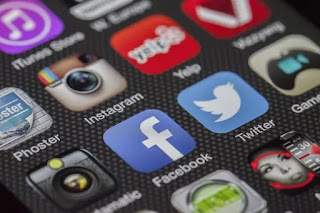 Social media has been one great source of help to generate more income for those who understand the use of smart phones, while it is still not encouraged by some who are primitive and fixed in mindset in this very civilized world.
These primitive people are those who fail to understand the value of education and also can not get out or free themselves from their fixed mindset while others who are doing well in business develop a growth mindset to know more about the advancement in science and technology as they update themselves to know what is trending and things in vogue.
It is of no doubt that the rich will always become richer while the poor who develop fixed mindset will always stay stagnant, as others grow.
Develop a growth mindset and see your business grow alongside you with basic knowledge about new inventions and day to day improvement in technology. However, all this can not be accomplished if we do not greatly understand how to optimize and make use of the brain in the right way. It is not new that most people who fail to succeed focus more on irrelevant things as they digress from what could help them grow.
Now we are in the twenty-first century, how well are you promoting your business and your brand? How well are you making money? Are you actually developing your business or just beating all round? Have you thought of why most businesses fail?

Here is the time to make good use of the internet. With the help of social media platforms you can do much more and make more money for yourself and even extend it to your family if rightly and well done.
It came to my notice that many business people are using the social media platform wrongly in marketing their businesses, why they complain they are not getting the right result they want.
If you seem to be part of these sets of people, then you are in the right place as we will share with you what social media platform is best for your business be it Twitter, Facebook, Instagram or even Youtube.
The above social media platforms are quite the best platform to handle small, medium and large scale business, only if you do it the right way, only then you can get the result that pleases you.
But first when handling all these media, note that it is important to know that your social media account could be easily hacked by hackers who spy into your devices, knowing how to prevent your devices from being hacked gives you an edge in your business world because I bet, you do not want to see your effort wasted at the end when your business grow.
Let’s go on to making a decision to choose between Twitter, Facebook, Instagram, to know which is most preferred for your kind of business?
Twitter: When you are looking for a social media platform that offers much confidential information, such as government agencies, politics, educational stuff and many more, twitter is the best place to spend time.
I have people who have great testimonies about twitter and how twitter has changed their lives when sourcing for updated confidential information.
“At first, I never understood how to use the twitter handle, I don’t even know the purpose of me being on twitter since 2008”.
This was a statement from a friend of mine. Thought twitter was launched July15, 2006, it was not well known by most people and they do not really understand the great essence of twitting. But as at 2019 twitter has 321 million active users, so don’t you think you are missing out as these users are great to brand and promote your business?

Twitter is hard and complex to use as it has a great policy to ban users from spam and misleading information. In 2019, twitter notified all users to update their accounts and failure to do so is to believe that the account is inactive and could be temporarily suspended.
Twitter also understands the mass misuse of social media handles as people publish misleading information, which most people are worried about. Twitter takes great measures to curb such users with misleading information, twitter tries to make their platform secure.

Twitter is not crowded like other social media platforms; I think they don’t believe crowdedness makes businesses succeed. I think they believe few folks with the same motive take the lead in the business world. With my research and experience with twitter, they focus more on less impression more clicks and high impression high click, and they succeed at it.
Twitter succeeded with this because they focus more on people who want the right information, aren’t interested in mixing people up, so when promoting your business on twitter, the cost may not be pocket friendly but the result you get is always massive as twitter gives you value for your money spent.
When most people go on twitter they find it difficult to understand, so it makes them create a twitter account but after minutes or within days of trying to find the rhythm, they log out of twitter and never come back.
People most times do not go back on twitter because they believe it sucks. Do you also think twitter sucks? If yes, then you are making a big mistake because twitter is one of the best places you can spend most of your pleasant time in.  You get information and know so many hidden facts that most social media platforms will never provide online.
“I created an account on twitter 2012 and since then I never thought of visiting twitter again because twitter was boring.”
Yes twitter is always boring when we do not understand how it functions or when we fail to understand how things work on twitter. But mind you, the moment you stop visiting twitter the more you miss out on the great benefits and offers and promotions for your business.
You might want to read the true story of twitter; this might inspire you to check back your account.
I am already addicted to twitter, I do not really think I can do a day without logging into my twitter account. It has been fun ever since I understood what it means to twit.

Facebook is the most popular of all, because you will always find whatever you are look for, starting from easy account sign up, to quick and immediate way to connect with friends and family, easy way to meet people all over the world and chat made easy.
Facebook was founded in 2004 by the CEO Mark Zuckerberg and as at December 31, 2019 Facebook has employed 44,942 employees, with a total active monthly users of 2.50 billion according to omincore.
Instagram the photo filtering app was sold to Facebook on May 10, 2013. 18 months after its creation in April 9, 2012. – Businessinsider
With all stated above, I do not have to tell you how Facebook stands at its best in terms of the power it carries on it’s shoulder to drive traffic for your business promotions and branding.
Promoting your product on Facebook gives your business a large brand awareness based on the billions of users it has accompanied with over 1 billion monthly active users on Instagram according to staista.

With the total combination of Facebook and Instagram users, it should be clear by now that they are the leading force in the online business promotion. Because when promoting your business on Facebook or Instagram you have the access to link or connect both accounts together to get more traffic into your blog or the ads you are promoting.
However, Twitter users experience the best value for their money as they can maximize their potentials.
On the other hand, Facebook as we can see from the analysis is a crowded social media platform for everyone without much restriction and hash policy.
Why twitter deals with less impressions for better click or result, Facebook and Instagram deals with high impression but less click, if you have once promoted your ads on Facebook you will understand this better. You can get an impression of 10,000 and get a click of 1,000 on Facebook which to some business persons, it is not ideal, but still it is best to give your business a boost.
Twitter is majorly for website and image content promotions, your descriptions are meant to be brief and straight to the point without manipulation.
Instagram is majorly for short clips or video ads promotion and images, such as selling bags and wears, or comedy skits and more. While Facebook is for all kinds of stuff you can think of.

There are good social marketing tools for business promotion and branding but the choice is yours to choose which you prefer most and also the nature of your business determines what social media platform is the best option.