It seems like a joke when corona virus came into existence, as most people believed that it wasn’t true like the media has painted it. 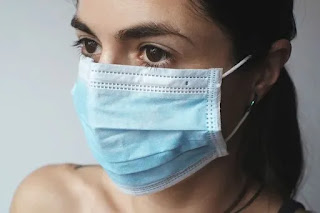 How do we believe that corona virus is real when the media has always tell us rumors that are not true and our governments are busy forming up lies – a statement from the public.
We don’t know the truth as everything in this modern world seems hard to believe. When they tell us lies we believe them, when they tell us the truth we also believe, now many people realise that the media and the government are all playing with our minds. So what should we believe?
Everybody’s mind is already polluted with negative thoughts after all, the people we look up to have been lying to us for years so what should we do, keep believing in their falsehood?
But now, it seems real as our loved ones are dying from a virus we do not know or see. It seems the reality is coming to an existence as our ignorance has again put us into great danger, but who are we to blame, ourselves or the leaders? The government and the media we so much depend on?
The Covid-19 as the media calls it, shouldn’t have spread this far but due to our ignorance we failed to listen to the news because many people believed that they are not passing us the true information.
Be aware that we are fighting against a thing we do not see, we are fighting against a faceless enemy, there is not a bomb that we can throw or anything to shoot at it, but still this virus is taking our lives like we are nothing. It makes us powerless despite all sciences and humans effort to fight against any alien that fights against us, but it seems this is more than an alien.
It was claimed to have originated from Wuhan china and now spread rapidly in a matter of weeks all over the world.
The health directives have constantly issued a warning and a note on the need for us to sanitize our hands, stay away from people as far as we can, avoid hand shakes, no hugging, no touching of the eyes and face and many more. Yet we do not have a vaccine to cure this virus called covid-19.
Everyone is now in their respective homes, businesses are closed down and the economy of the world seems unstable and could probably crash in the matter of months if actions are not taken.
“The new coronavirus (Covid-19) is spreading fast. More than 350,000 people are known to be infected and over 15,300 deaths have been recorded – including 335 people in the UK who were diagnosed with the virus.
While the outbreak started in China, the bulk of cases and fatalities are now outside the country and the virus is spreading internationally”. – telegraph
The news said it’s a pandemic but we do not believe because most of us already believed that the media feeds us with the fake contents.
But now the reality is known and visible to the eye, we can not run away from the truth and we have to fight the war ourselves by doing the right thing.
Now we are trapped and everybody creates distance with people around them as the thought of who is to die next keeps ringing through the minds of many. We do not trust each other as many are filled with the negative thoughts and illusions that everybody is affected with the virus; even within ourselves we have thought about it, if we had the virus or not – This is called fear and fear itself triggers death. 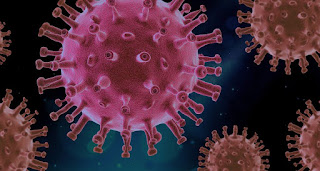 The False Truth by the Media

The media cause us to panic; the virus has caused a great fear in our hearts while the people around us spread fake news. Where do we go from here?
Now many believe that this is the end of the world.
“I think it is the end of time, the end of the world and perhaps God is angry with us!” This is the thought of many but how can we blame them not to think about these things as the corona virus keeps spreading rapidly and it is no longer a nightmare.

It is the nature of human, if we can not find solution to a thing through science and after exhausting all the resources we believed could help, we then turn to God for help or perhaps think that He is the one who brought the covid-19 virus to us.
Is it time to pray to God and we can not rely on science alone? But remember there are case ssimilar to this and we overcame. It is so obvious that our panic can not save us but can only worsen the case, because the more we panic the more the virus spreads.
Even the church we believed to be the temple of the lord has been emptied, the government has stopped many to stay away from church if the congregation is more than 50 persons.
So where is our hope?
We all know that the corona virus is dangerous and can kill within a matter of days, but what about we running from a faceless enemy, we do not know where it is in the air, but because of selfishness we put ourselves into panic by creating all sorts of fake news on social media and the net to mount pressure on people, and make them an enemy to each other.

“I am not scared of the virus but I am only scared of how fake news will kill people more than the virus itself”.
Now fake news is everywhere, we do not know the truth from the fake news, and this is what started the spread of corona virus because many who relied on the news were misleaded, so many pay no serious attention to what is to come.

Before You Spread the News

Also note that before you spread the new, make your research well, make sure the news forward to you have an address or URL, if it does have a URL make sure the site is a familiar and popular site like Vanguard, BBC, CNN, SUN, Guardian, forbes, ajazeera, nytimes, channels and any other reputable websites you know. If you need to know what exactly corona virus is, what is COVID-19.
The World Health Organization provides in details, all the information you need to know, such as What are the symptoms of Covid-19, How does Covid-19 spread, What you can do to prevent yourself from the spread of the disease, How likely are you to catch Covid-19, Should You worry about Covid-19? and many more.. So do not source your information outside the box because you will be misleaded.
Do not share contents from upcoming site, because most of them are publishing their articles because they want to rank on google and make money, many do it for their own interest and not for the interest of the people. Worldmetercan also monitor the rate of people infected, death rate and release patience who are cured within and outside the country.
Do not confuse people who are already confused. Do not use your own very hands you try to use in helping others, destroy them unknowingly.
Though many who spread fake news do them intentionally because they want to make money, or be famous. These ideas might be good to you, but have you thought about how many people who will die due to the fake news you spread. And if eventually, everybody dies, what would be your gain. And if we did survive what, remember the blood of the innocents is in your hands that make you a cold blooded killer.
Do you know if we panic and are filled with fear, it is easier to fight against, kill each other than fighting against the corona virus? Panic and fear could easily lead to war.

Now that we are indoor, some countries cannot survive a week or two staying indoor, the economy could trigger war, when there is scarcity of food how can we survive the virus itself. So let be save and love our neighbors by not spreading news that could pollute the mindset of many by finding means of survival instead of we finding vaccine and antidotes to the killer Covid-19.