Posted on February 8, 2020 by Cravingbiz

Thomas Edison was fired from his first two jobs and made 1000 unsuccessful attempt at inventing the light bulb before he finally succeeded. – Was that a failure to him? It only shows that failure is the mother of success. 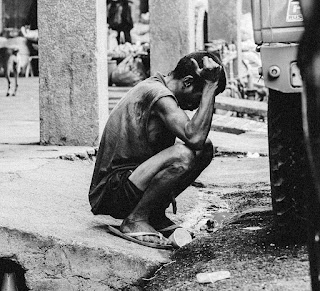 Do you know that the essence of failure is to succeed? Have you ever poundered on why we fail?
Let dig into the meaning and essence of failure? Is failure good or evil, important and why is it? This might be the question that runs through our mind when we are in serious challenges or probably failed in some basic test of life.

The Essence Of Failure

There is always a purpose and essence for everything in life in which failure is not exempted. There is a purpose to why we succeed, and there is also an essence to failure, and to why we fail. However, the essence of failure is simply to succeed, we fail only because we want to succeed.
Though only few people will agree to this but I suggest we keep on reading.
Do you know failure has its advantage?

Is Failure Evil? A Second Thought

Generally speaking failure is universally believed to be bad no doubt about that; but why not let us dig in deep by giving it a second thought. When people say something is bad does it mean that it is completely bad or wrong? The way we view and interpret a thing matters a lot, it all depends on our mindset and how we choose to address it.
Ok let prove it.
There is one thing that I was fond of and I know many people do the same too, this has to be corrected because indirectly it affects our individual perception about things especially something related to success and failure.
“I once went to an ATM post to withdraw and I met a queue at the ATM stand, there was three ATM machines but I saw people queue on the first two only, whenever I see  something like this, I always ask if the third ATM is dispensing or not. Most times the response I get is a NO. So since they said NO I would rather walk away than giving it a try.
On another day, I got to the ATM stand, it was two of the machines that was there, and I saw people queue on the first Machine, so I saw a woman who went to the second machine, she tried to withdraw but did not dispense, I was observing her as she was operating the machine, she later left the Machine and told me that the ATM was not dispensing which I knew too, and I saw with my own very eyes that she was the one who didn’t get it right.
What amazed me most was that I didn’t ask this woman before she told me that it was not dispensing. I did not mind what she said, so I went ahead to the machine and withdrew and it did dispense.

What I am driving at here is that, if somebody says it can’t work or it is not working for them or you have tried several times and things aren’t  working, that doesn’t mean that it won’t work for you, it could just be a test to success. If someone sees a thing as a failure, that doesn’t make it a failure. Failure comes as a deceit to. It is of no doubt that failure is the best teacher.
All you need is to keep trying, believing in yourself and never giving up.
At times, it is good to fail, why? Because it shows that you have taken a step towards success. The only time when failure becomes bad or evil is when we fail to succeed at what we wished or aim to achieve but when we are focused and have a positive mindset towards a thing then success is assured.
Actually, what it means to fail solely depends on individuals mindset. We fail because we aim at something right? In essence giving something a try, isn’t it?
Everything in life comes with a condition it’s either good or bad, but when our minds are projected to success which we are in pursuit of, then it is normal for challenges to come into play. When we are focused and our minds are built on necessity rather than needs then it is easier to reach success.
Success does not just come easily; since life is made up of both good and evil, then anything we do to aim at success must have a second impart, which is failure. But do you know goodand evil works for the best of mankind?

After reading on how good and evil works for the good of mankind, it should give us a clue to the question if we must fail or not. Even if you agree with me that good and evil works for the best of mankind, does it mean that we must fail?
The question for human failure towards success is natural, if asked if you must fail or not. The simple answer to this is, as human we are naturally bound to fail at some point in life, moreover failure is the mother of success.
One thing you have to know is that you can not leave without your own failure, in one way or the other failure works and walks with everyone. It is inside our DNA, it’s in our blood, its part of us as humans and there is nothing we can do about it.

As we have taken our time to discuss here on the essence of failure and why exactly we do have to fail, we must know that failure does not affect anyone based on class, race, how wealthy or poor a person is and so on. Failure is a general phenomenon that affects all human irrespective of who a person is.

Why You Should No Be Discouraged

Do not be discouraged when people tell you all sorts of discouraging words when you are trying to aim or achieve a thing. Words like ‘failure is inherited in your family, you can never succeed at a thing; you need to go for deliverance before you can make it in life or you are too poor to be rich’. Words like this should not hurt you a bit since you know failure is the best teacher.
Everybody face the test of time.

What Does Failure Mean?

Failure may mean something different to us, while we are contemplating on if failure is evil; the same notion applies to poverty. Failure is simply an addiction to gain or gather experience as we get exposed to new ideas while trying to attain success. Failure is an additional value to boost and build new ideas about a thing which we have tried to do but not working as planned.

Failure As A Test Of Faith

Failure is one step closer to success, failure is not evil but a test of faith on how truly committed and how determined we are to pay the sacrifice of getting things done for better results.Our mindsets are built on what it accepts.
Failure is the mother of success.
“When we fail it doesn’t mean that we are losers but it’s to test our confidence and determination we have toward achieving our goals”.
“When we fall to defeat it doesn’t mean we have crumbled it is only when we crumble we fall”. This is what failure is all about”.
With all sincerity failure is compulsory in life and no one can do without it, no one can escape it because it a nature action upon human. People see failure as a disaster but for those who understand life to the fullest and those who are craving for success by digging deep to know more; failure is just one step closer to success.
Naturally humans fail but it is our responsibility to take advantage of our failure and implementing whatever we have learnt into making it a success. Moreover, life is a teacher, the more we live the more we learn. Then automatically we must all fail to learn, failure is the best teacher.
Failure is the greatest teacher but nobody loves failure and nobody likes to fail but the tradition is that we are all bound to fail at some particular point in our lives. You just need to admit at some point in life that you can not leave without your own failure.
While people see failure as a disaster, I see failure as an opportunity, a gain and additional value to succeed towards success, so what does failure mean to you?