What makes an action good or bad is simply our mindset and believes; our actions speaks a lot about a us. Action speaks about our morals. A good and bad moral life is determined by our actions. Our mindset and believes can be categorised into two, which is either fixed mindset or growth mindset. A man could simply develop growth mindset or fixed mindset.

What is a fixed mindset?

Fixed mindset is that which can not accommodate or entertain any additional value to itself, no matter how valuable the information is. Fixed mindset is to believe in your own knowledge without considering others.

What is growth Mindset?

Growth mindset on the other hand is the opposite of a fixed mindset as it is open to knowledge and also accommodate other form of knowledge.

How does fixed or growth mindset affect our action towards morals?

When our mind choose to accommodate and accept good teaching it reflect in our moral standard or way of life but when the mind is fixed, our actions will look good to us while it affects others. Bad mindset automatically pose a threaton humanity, here are the 3 negative effect of bad morals.

“We have infact two kinds of moralities, the one which we preach, but do not practice and another which we practice but seldom preach” – Bertrand Russell 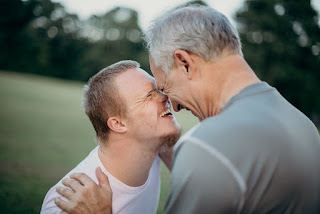 How Do We Determine Good And Bad Actions?

Good and bad actions can only be determined in the heart of men. No matter how we teach and preach about good morals to men, if a man is not satisfied to justify what we teach, then he acts on his own will. because what seems good to one may be bad to another and vice versa.
Moral is an ethical conduct that makes one to distinguish between good or bad which is associated with humans free will and the humans act whether it is right or wrong.

Freedom is the act to act upon free will. Free will is based on choice for a man to decide for himself what is actually wrong or right. In addition, every man is born free but freedom is limited it could be something of choice or it could be something gotten with force.
“Man is born free and everywhere he is in chains” – JJ Rousseau shows us that there is a way to break the chains from within – The guardian
Every man is born free but the test that determines our freedom as humans are our opinion and actions about things which in turn stands as an effect of bad and good moral. This could lead to both positive and negative effects on the society.
Everybody is entitled to happiness and we have to get it, everybody wants to be happy and nobody wishes to be sad.
Diversities in Morals
Since we are free and entitled to our actions to make decisions for ourselves then, we are entitled to our own happiness but as the saying goes “one man’s food is another man’s poison” these brings diversity in morals and an unbalance in what is good or bad.
So finding happiness could be something that could in turn harm our fellow being, because there is diversity and varieties of ways we can find happiness.
Happiness can be found by doing what gives us pleasure and at times we in turn can get to hurt others peoples happiness.

Bad morals are related to our actions, reactions, decisions taking, character, attitude, feelings and more which originates right from our home, family and society which affects the path we choose in life.
It is believed that “charity begins from the home” so the beginning of good morals and bad morals starts right from the home. When a child is not well trained from home there is a high tendency that that child might have a bad character and attitude towards life. This can be as an effect of bad upbringing and it’s also an effect of bad moral teachings and discipline.
When a child is well trained it doesn’t mean that the child can not exhibit an attitude of bad morals because being trained is one thing, accepting the training is another thing but implementing the training into our ways of life and working on our personal self are what brings out the best in us.
A child who was well-trained but rejects the right training will end up in regret sooner or later it could be fun now but when it gets to a certain stage in life he or she would come to regret his actions.
As the saying goes “what you do to others shall be done unto you” and what you do to your parents or elderly ones who corrects you by accepting or rejecting their corrections would later tell on you. This is not a curse but a natural system and process of life, a nemesis on man which can never be altered.