Dressing half naked is a trending dressing pattern that most students accept into their fashion world now. This in turn creates a lot of distractions within and outside the social media which has also cause damage to their academic performance. 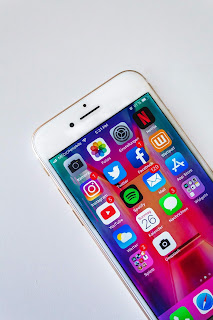 Most young adult gets distracted by what they emulate on the net as they consciously and subconscious consume, accept and accommodate other ideology into their minds. This poses a negative effect on their mindset and on their academic performances.
What went wrong?
Perhaps, the wrong use of internet through social media!
What is social Media?

Social media is an application or website which engages people together in communicating and sharing of information.

It is so unfortunate as most people fail to understand the positive effects of social media rather, they adopt the negative sides of it which in turns affect most students academic performance.
Here is how to use social media in your career- NY times

Social Media As A Treat

Information spreads so quickly like wild fire in this modern world, everything seems fast changing as internet becomes the heartbeat of everyone, including the economic, financial, growth and development of all nations, providing opportunities to people who seek them. But yet its effect on students and how it affects the society seems to possess more treats than it advantages.

Related Topic: Social Media Addiction, Internet Becomes An Avenue To Showcase Madness
Notwithstanding, there is nothing without its prones and cons as social media is not excluded. Social media seems to be an effective and efficient channel at which people communicate these days, moreover this is why it was created, to share information such as news and all others information;

A platform where people indulge in sharing their individual personality and life experiences, which involves their ways of lives, trends and happenings around the world, lifestyle and latest things in vogue.

As these seems good to the ear of the listener and eye of the reader so does it badly affects the young adults out there, especially the students attitude, characters, lifestyle and dressing pattern.
The rate at which young adults and students are adopting fashion these days calls for attention and more of caution. They try to emulate the lifestyles of celebrities who are professionals at what they do mainly to build their career pursuits.

Also Read: Social Media Attack, 6 Techniques To Follow To Avoid Beiing  Hacked
Adopting Celebrities Dressing Pattern
Adopting celebrities dressing pattern isn’t a bad thing after all, but accepting the immoral aspect of it could affect our lives and it’s liable to cause a severe and serious damage to the society we live in.

The effects of social media on students dressing pattern should be questioned in the recent years as it gives rise to immorality in terms of indecent dressing. It also calls for violent attractions which could psychologically arouse the opposite sex resulting to rape and sexual battering.

Most students in the university dresses half naked as they believed this to be the modern trend in fashion, while other young adult also dresses in a particular pattern intentionally to arouse their male lecturers and fellow students into committing fornications.

Most celebrities they see out their putting on different dressing patterns do it for a purpose and the main objective of doing so is to promote their brand and to create more awareness.

But it is so disgracing, shameful and embarrassing that most youths out there take this up to be a trend, they molest themselves and their images in public while in turn posing a threat to the society.