Where Is The Love We Preach

Love of money is the root of all evil Timothy 6:10a NIV even now money is what most Christians embrace instead of showing love to their fellow brothers. ‘If you have not seen, you may not know’ as the very religion that brought us together also divides use. Where is the love we preach everyday? 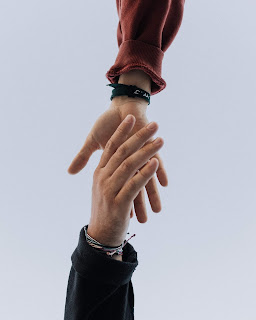 Before we start reading, it is important that we know this few things. It is natural that we humans find it hard to believe what is true even in Christianity. It is not a surprise that after all Jesus Christ did to prove himself to us as the messiah, we still find it hard to believe in him; afterwards, we went ahead nailing him to the cross. Crucify him! Crucify him! They yelled.

Where is The Love In Christianity?

Show love to someone today, it might be their last day. A status of a brother I read on social media, he was depressed and discouraged as the way Christians treats each other. He said

Nowadays, can a hungry and jobless man leave his house to a religious organization with the faith that he will see someone to give him money to eat? Where is the love we preach everyday?

Have you bothered to ask anyone in your religious organization how life is treating them? People go through a lot and only the few can voice out. People sow seed in thousands in their various religious organizations, but ask them one thousand outside the organization you will hear that there is no money. Where is the love we preach everyday?” – Idowu Samuel

Oh what have we done!
But immediately after his crucifixion and death, our inner eyes began to open, soon enough we came to realise what we have done to the son of man.
Yet some people still don’t believe in the son of man, with all the miracles, signs and wonders He performs. Before his death, prophesy said he shall rise from the dead and on the third day He will ascend into heaven
Yet people did not believe. He did rose as it was prophesied; after is resurrection and ascension into heaven some people believed while others weren’t convinced enough.

The same people who announced Jesus Christ as the messiah are the same people who shouted crucify him. Where is the love we preach? This is where the problem of Christianity began.
All I am saying here is associated with beliefs, if you are a Christian but a doubting Thomas, you should perhaps have a change in heart today as you keep reading. Indeed we want to know the truth that it may set us free.
As a pastor, evangelist or a top leader reading this post and we think that we know better, it may be true that we know but when you know but do not seek to know more, most especially out of religion, then we may in some way lack something unconsciously.

We might be stuck in your own thought, kind of a fixed mindset. There are real as there are also fake pastors everywhere now, so we need to wise up and do the right thing.
You seek so you may know
The purpose of Christianity and our purpose of being a Christian is love, yet many people out there claiming to be a Christians but have no love in them
Love verse

Who Is The Church

This happens mostly with our so called leaders who claimed to be the head of the church, but when the head is faulty or the foundation is weak what can the branches do!?

If we ask most of the head or leader of the church what their mission is, they will say to build the church for Christ and the kingdom of heaven, but who is the church?

Fake pastors and leaders are everywhere as it was recorded to happen when the end of time is near in Christianity. But yet people still fall into their traps as most people are lazy to know.

“People who fails to know becomes a slave to others who know”– As peoples mind stays dormant and primitive to what they know alone, people who know better use people who don’t, through your weakness (mindset) without we being conscious of it.

What is the church?

Way back in the beginning of Christianity, the people were the church. The Church means the gathering of people who followership as one.

It is not a building; it has nothing to do with materialistic things but the people. The people make up a church and so are called Christians with the attitude and character of Christ in them.
In this era, it seems so clear that the building is the church, good structure and wealth now makes a church. There was a time I wrote on religious as a method to promote moral conduct.

Read On: Conspiracy In Methodology; Religion Everywhere But No Change
Also Read: Effect Of Religious Conflict In The World

However, being a Christian is an act of accepting and following the moral conduct of Christ. The greatest commandment of all, which supersedes every other commandment, is LOVE.

To love our neighbors as ourselves, this simply stands as the highest moral hierarchy of them all. But where is the love now?

Things are happening, everything is advancing and we have to wisen up by update and upgrade ourselves and develop a growth mindset. We should learn to stop being a slave to people and to our own mind; develop growth mindset so to meet up with life.

Successful people out there are rich because they see into the future while others lag behind, they find their way around life and they see that to be successful involves weak souls.

Who are the weak souls?

People with poverty mindset and lazy people who can not reason or think for themselves are the weak souls.
If truly there is a place called heaven and hell, I am sure that only a few thousand will make it to heaven while the remaining over seven billion people will be deported into hell.

Why and how possible is this?
Weak minded people are not interested in salvation, ethics and love but rather run after prosperity, miracles, signs and wonders.

Now there are churches who teaches relationship motivational talks in the church on Sunday as they forget about salvation and the overall commanded by showing love to their fellow being, how to find your own destiny helper, descended future partners and club and modified worldly songs like no other in the church.  Is this truly the end of time?
The Successful People And Wealth Blockage
Successful People in the church spend their money on expensive suits and shoes just to show off, buy luxury cars while pastors goes around with private jets worth millions of dollars, build gigantic houses, send their children to expensive schools and while the member, most especially the poor members of the church gets poorer the pastors gets richer.

Wondering where they get their money?
They get the money from the members of course. They tell us to pay tithes and offerings, puts so many bills on us, which they can’t pay for themselves. They will not help us become a successful person because if they do, they have automatically blocked their own source of wealth.
They know if they help, we may not serve them, so they would rather not take the risk. Wait do you know why poverty level remain so high in the world from the beginning of time?

The simple answer is that most people who are privileged to get to the top of success have seen that the poor is the source of rich peoples wealth, so they propounded a system classified and complicated though, where the rich gets richer and the poor gets poorer. Don’t be surprised they weigh the scale most times.

Related Topic: If You Are So Smart Why Aren’t You So Reach, Turns Out Luck
You haven’t still wisen up?
The leaders urge us, perhaps with a kind of worldly or scriptural words to pay some amounts of money for the development of the church and other things, but who is the church, Is it not you and I?

Let ask ourselves this simple question, the money we have all contributed where is it going? As our pastors call all of us ‘the members’ together for a day out of 365days in a year, to give us all as low as a thousand Naira without a reason?
People are hungry and out of the hunger the poor still bring out from nothing to contribute to fairytale. Aren’t the leaders and pastors using us the masses and the poor?
And we say we preach love, the only thing we will hear from our pastor is, “may God bless you” or ” it is well” even though we say we are hungry and starving, is it until we starve to death before we realise the truth for yourself?

Have you ever wonder ‘but we just started the weekend, how come it has…

The Fear Of Death Mindset to choose weather death is good and bad, it’s…