The dramatic change and impacts of social life through social networks and media has been in contests to be a question of whether people are addicted to social life or going in sane.
Everyone wish to be on the internet to create impression and in one way or the other showcase what they are capable of, be it in business wise or lifestyle however, on the others hand indirectly. 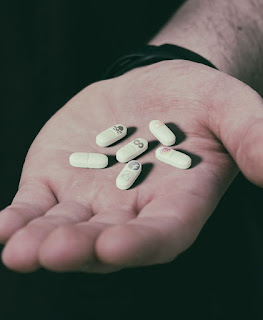 Directly and somehow unconsciously and consciously constituting nuisance and creating a form of mental disorderliness which in turn looks insanely sane.


Related Topic: Internet Goes Dead, Possibilities And Catastrophes In Information Sourcing
Internet is fun, no doubt as people get more addicted and acquainted to it fast pace lifestyle which social media becomes an avenue to showcase individual personality and a means of passing information across the globe but yet indirectly creating and causing a kind of insanity in people.
Everybody wants to be on the internet, share their thoughts, feelings and happenings across the world which is done majorly on social networks.
It is of no doubt how people enjoy life on the internet, as they chat, post a lot of funny videos and pictures on many social media platforms but somehow ignorant of what damage but yet good opportunity it could provide if only they take their time to reflect.

Pace lifestyle in technology changes people’s mindset and concept about life, where most things that takes years to accomplish now take minutes to get done.
It is not new to know what extent and how far technology has gone as it provide comfort and hope to does that might have lost theirs.

live is easy as everything now seems to evolve around science and technology which internet taking up the lead to build us a world with easy experiences, yet indirectly exposing us to vulnerable attacks at the same time providing us with solutions that could help the world.


Related Topic: Why Google Remain More Reliable Than Textbook And Handouts
Every year new invention, new technology, ideas and endless growth and experience science provides with no sign of relentlessness but the zeal and crave to do more.
In its pursuit to accomplish many other great things science has somehow become human hope of survival as it tries by all means to put an end to human power. A time where people will totally depend on (AI) Artificial Intelligence to get the work done efficiently, quickly with less cost.


Related Topic: Technology Made Everything Easy Yet A Threat To Humanity
But still it is by nature, for every good thing has it weaknesses. We may enjoy the fast pace life but still somehow face the negative impact of science and technology.

The Advantage Of Smart Devices

We have once discussed on how to take advantage of our smart phones; basically the power that internet holds is far greater than how people use it and it is so surprising to realise the extent at which people abuse the power.

Consequently, people take their time in promoting fake news and uploading of brutal and terrible scenes of others. They rather preferred to snap videos and record accidents, instead of taking time in assisting or giving a helping hand to the said victims.

Ever since the introduction of science, humanity has then struggle and partially being deprived from the natural benefits of life, as people die every day from industrial pollutions causing climate change and exposing us to toxic chemicals which in turn damaging the natural habitats of life.
Sometime ago we wrote on how climate change cause the death of many in recent years.
However, our main focus will be based on how Social media becomes an avenue to showcase insanity despite it great experience and efforts on mankind.

The rapid in growth in recent years seems so massive compared to when internet took recognition the year 1990, as people take social media platform to be an avenue to pass information across the globe while others take it as a medium to promote themselves.

“Social media will make you envy someone you should have actually pity”.
The above statement strokes my heart when I saw it on a friend’s status; I know for sure something would have prompted him to write this, it was as if he was reading my mind. 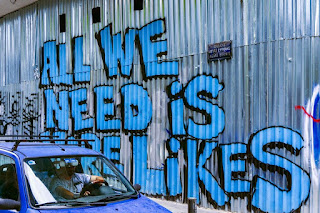 After seeing this, it brought me to the conclusion that only few people who take time to reflect can see beyond doubt that internet has penetrated so deeply into our lives and ignorance being the lack of knowledge make people lose favour from both afar and close as they choose to live a fake live to gain impressions from people as they get hipped for their insanity.

Some people live a terrible life but because they want audience they try deceiving people to show how good and comfortable their lifestyle are, while they think they are deceiving people not knowing they are actually deceiving themselves.
They forget the purpose of time and the power times carries, as they wonder about the internet like a lost sheep, trying to promote insanity, which they thought they are actually promoting themselves.

In life time is so important and it is one of the most powerful factor that determines people’s progress, many people out there who have made the mistake of not being time conscious have lost their opportunities which they wish they could regain but there comes no second chance.
As they say ‘time flies’ yes it does fly and before we know it we may have lost it all, why create so much time on the internet posting things that may not add value to our lives or do you thing it does?

If it really do, why not look back at what you have been doing and point out what success you have acquired. Though people go on the internet to post funny stuffs and the likes of entertaining things but here are some people who do not have anything related to this than to post there nude pictures, just to Impress people.

Impression is powerful only if it turns into a positive approach or clicks, we have once discussed on how impressions could result to click especially in a relationship here.

Impression is a powerful tool to gain audience and to make a successful life. Successful people out there use impression wisely especially in business wise.
The bad thing is that you can have hundreds of thousands of impressions without it resulting to single click.

Impressions are a total number of people who sees what you do or actions. Either positive or negative, good or bad everything is seen by people. So what you do counts or turn into productive only when impression turns into clicks or approach.

What are Clicks or Approach?

These are total number of people who buy your ideas, products and value what you offer after an impression as being made. So what impression you create to people and how it turns into clicks matters a lot.
Another thing you should know about people, impression and clicks is that, people easily or I should say it is easier for people to forget you by your impressions, but hard for them to forget you when your impression turns into an approach or click from them.