The origin of human problems starts from our mind. The same mind that gives us confidence and hope could also turn out to be our worst nightmare if it’s not well understood. The major problem of every man is neither money, wealth nor how to find happiness but a problem of the mind associated and inclined with the human mindset. The problem of man begins from his own mind and how he can manage his freewill and have a total control over his mind is a thing of choice. What our mindsets are built upon could become our worst nightmare at times.

Mind is usually defined as the faculty of an entity’s thoughts and consciousness. – Wikipedia 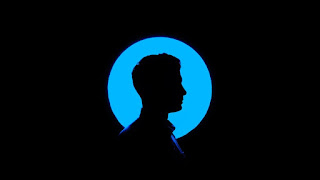 Curiosity A Major Problem Of the Mind

One of the major problems of the mind is curiosity an unsatisfied hunger and drive to get more out of life, our minds are easily polluted in a bid to know more. Knowledge is power and the hunger to source for information is a key to acquire and actualize knowledge.

However, the curiosity in man will never allow his mind to rest until he picks what could become a problem to him which might eventually kill him later in life. It is of no doubt that knowledge is unlimited as we keep craving for knowledge.


It is good to know but it is better not to know too much because it could eventually result to a problem later on. ‘Too much of everything is not good’. Nevertheless, by nature humans are programmed to crave for more. This is why the world of science and philosophy keeps evolving and expanding everyday even up until this moment.

Successful people find a way of dealing and having a total control and dominion over their minds, as they build and develop a positive mindset. Being a slave to ourselves is just as bad as having a poor or poverty mindset. A mind that can not source for recent information and can not update and upgrade itself will always be a problem to he who owns it.

This is another problem of the mind that hinders success or people from a successful life. By nature humans are egoistic and egoism is a syndrome that is naturally built in every human, a drive for self-importance.

“To be successful is to build an indubitable mindset”. An unquestionable mindset that can not submit to failure nor can be falsified by any means or doubt. Mindset is the biggest asset a man can ever acquire but yet it could also turn to be the human worst nightmare when it is not well understood.

The beginning and the end of every man’s problem is his mind a result traced back to poor or poverty mindsets. Poor mindset or poverty mindset is problems that have long dealt with the minds of people as it plays tricks on them.

The best asset a man could have is his mind as his mindset is built accordingly to what he accommodates into his life. Mindsets are foundation to our strengths and weaknesses. Stress, passion, courage and all which determines every man’s success, failure, our faith, hope, and believes are also incorporated in the minds.

A positive mindset is automatically a drive to success. ‘Surely it is what you believe in that makes you’. And how you handle your mindset could also make or mar you.

What Every Problem Is Built Upon

Mindset is just what it is, it is a psychological and  Metaphysical state of mind that is built majorly on social influential factors, such as the society we belong to, our belief systems, the friends we keep, the movies we watch, music we listen to and so on.

What our sensory organ feels or senses are what the mind builds itself on. So, imagine your entire life is built around positive things; you will automatically develop a growth mindset, as you meet with successful people with great support towards your careers and goals.

The mind could drive you to solutions to solve your problems and it could likewise lead you to more problems if not well understood. When the mind drives people to get recent information, most people rather choose to keep the information to themselves and stick to what they know without the desire to know more.

In turn, the mind which has being the biggest asset could come in to play as human worst nightmare making people stick to what they know and they in turn gets stuck in their own thoughts. This leads to a poor mindset, and could be the origin of human problems which has to be totally control and overcome.