Our mindsets are affected by some basic factors in life and many people fail to understand therefore at the end they fail to succeed in breaking poverty mindset. 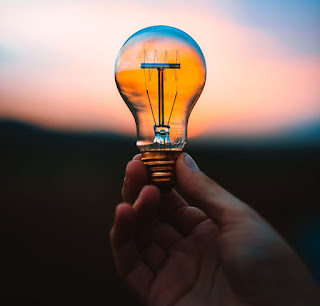 The reason why some people fail in life is not because they are lazy nor is it because they didn’t plan well but it might be because they were not given a chance to develop and grow their mindset positively.
Also Read: The Criticism That Proves Also Inspires
While some people believe that mindset is the determinant of people’s success in life, some do not.
However, without proper use and understanding of the mind the rate at which people fail would remain alarming.
When people’s point of view or ideas are altered, it doesn’t at the end turn out well and this is the more reason why we need to grow a positive mindset.
Take chances, make mistakes, that’s how you grow. Pain nourishes your courage. You have to fail in order to practice being brave. – Mary Tyler Moore
In the quest to succeed in breaking poverty mindset positive mindset dies so fast.

In life, it is better to take advantages of the opportunities and chances we get first, because we may not be able to come across such again.
There are second chances but yet second chances are scarce and very rare to get if in the long run we mistakenly miss the first chances we had.
But does that mean that we should not make mistakes at all?

While craving for success in life, we are naturally bound to make mistakes even the costly ones; in this regard, attaining success could be at times frustrating, self-disgracing and self-humiliating but yet we must never lose sight of our dreams.
Also Read: Self Humiliation As It Affect Lives
It is good to make mistakes, It is good to fail but it is worse not to try all over again when we eventually fail. This is the more reason why we need to develop a positive mindset toward life especially while we are craving to succeed.

The Prolific And Successful People

One of the most prolific and basic thing that makes people successful in life is the mindset they had toward success. Some people’s desire, hunger, zeal, passion and determination for success is just too strong.
In the pursuit of success, if the mind is deprived from positivity then, it is vulnerable to failure.
Every good thing we pursue in life should be subjected to positivity, but that does not mean we should not have a second thought about some things.

Because sometimes, what seems good to us might become disastrous at the end. Notwithstanding, having a positive mindset towards the challenges in life is essential for the people who wants to succeed.
To develop a positive mindset towards success requires how much we can tolerate defeat and how well we can withstand pressure.
To some people, failure in life is just all about tampering with their mindsets. Our minds are so flexible and yet very strong, it all depends on how we can handle, tolerate and withstand pressure.

How Easy Minds Can Be Polluted

The mind controls every of humans actions such as courage, feelings, love, hatred, passion, pain, happiness, strength and bravery.
What our sensory organs see, feel and hear are what our mind interprets and work on.
The movies we watch, the music we listen to, the lectures and the teachings we learn, the family, social group or community we come from, the friends we keep, our religious thought belief system are what  our minds are built on.

How Minds Are Built

We need to know today that our mindsets are built according to what we accommodate in our lives and the path we choose in life determines the rate at which we would succeed.
Friends are also a determinant of criteria for success in life, they can influence us in good and bad ways, good friends are scarce to find but the fake ones are common. Learn to stay away from fake friends.
We once wrote about the three kinds of people in the world and how they could influence our lives either positively or negatively.

The Effect of Mind Pollution

Our minds gets easily polluted because as humans we sometimes easily believe in things, most especially the fake things.
Look at the world we live in, the information we get through the news and other media platforms are mostly not real, people spread fake news out there just to create problems in the human race.
Since our minds are fragile, we become vulnerable to accept the evil menaces in the world such as the wars people fight, the hatred among friends, family members, religious groups, politics, racism and many more are all as a result of how weak people’s mind are.

If we dig deep we would all see that everything we seem to be fighting for are all vanity upon vanity, when we have a clear thought and philosophy about life we would notice that all we fight for are mostly human vanities.
Related Topic: Conspiracy In Religion But No Change
Let’s take a look at religion for instance: For decades and centuries there has been war between different religious groups and seemingly this war might never come to an end, but we should ask ourselves this two questions, what exactly do this people fight for? And what is their gain?
The answer may not be direct to many people but if we look in deep into this world, we would see that every man who gave up their lives in the quest for religious discrimination and power, at the end may have no reason for this, even though the reason may be best known to them.
The basic truth is that most people who fight for and against a particular religion actually have a primitive mindset because they refused to learn from the civilized world.
Most of them are not educated and do not want to be, so their minds set remains primitive will they are being brain washed as they refuse to update and upgrade themselves.
Many of this people have given up on themselves their future and the generation to come, they have lost sight of their dreams and are not in any ways willing to improve as they remain stocked and poor based on poverty mindset.
They may claim to fight for something that are owned by their forefathers and so on, yet this brings the ultimate question, the religion our forefathers, fathers fought for who actually own the religion and does that mean if we die fighting for the religion by so doing we give the religion more popularity or what?
Do we really need to fight for a thing we don’t understand? Does it mean that we should act and fight on what we are trained to believe in by killing each other? And has discrimination, violence and killing solved the problem of religion?
Also Read: Discrimination As It Affects life
Absolutely Not! Everything we know and believed in are based on the society, family and things we choose to accept into our lives, which could result to the poor mindset.