Skip to content
Do you wish to know what determines the strength and success of a relationship that makes it lead to a marriage? Or what makes a relationship last longer so much that it leads to marriage? 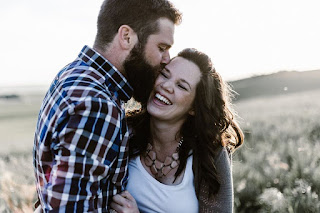 Intentions does, it gives us the positive impression of where a relationship is heading to during our period of courtship. It makes us to know the strengths and weaknesses of our spouses in order to determine how far a relationship would go.
Courtship before marriage is almost an impossible thing to do without when we are in a relationship. It is a beautiful thing, no doubt; but when courtships do not lead to marriage it becomes a disaster.
Intention In A relationship
At first, when two people meet, they naturally have some intentions; intention is sometimes complicated, as they cannot open up each other’s mind to know what is there or what their true intentions really are – To know if the love is fake or real.
Also Read: Fakers; They Who Call Themselves Friends
Intention is the first reason why people engage themselves in relationships; While some are of good intention others intents are bad.
It is either we are after something or something is after us – this is what intentions entail.
It is natural that people with good mindsets will definitely think that their lovers have good intentions just as they do but most times that isn’t the case, because most  people finds it easy to put up a facade. They act good and innocent whereas they have their bad intentions within them.
We have once discussed the reasons why relationships fail but today our focus is to provide a way to solve and know why courtship might not lead to marriage.
Many relationships have failed due to so many reasons which we have once discussed here.
Marriage is a good thing that brings two individuals from different families together, it unites two different bodies making them one. To share different views and to disagree to agree.
Marriage is enjoyable and fun when there is peace. It serves as a form of understanding and maintenance to balance the relationship.
However relationships are not meant to be perfect but balance. So many relationships have failed because most people expect perfection rather than balance.
A balanced relationship is a result of good maintenance; since marriage is based on sacrifice then we have to make some sacrifices to maintain it.
Also Read: Satisfaction And Sacrifices; Top Criteria For Happiness
What is Courtship?
Courtship is a stage in a relationship that shows us the sign that a relationship could lead to marriage.
Don’t get it wrong when you are in courtship with someone, it doesn’t mean that marriage is certain, rather it is just a stage and a process.
Courtship is a stage in a relationship where we tend to know our spouses the more, so as to decide if we can bear with their attitudes, characters and their ways of life.
You can also take time to read – “21 Mistakes Singles Make In Relationship: How to have a Successful courtship that leads to Marriage and avoiding Heartbreak” – by kenneth Kanu – Book Source – Amazon

Firstly, intentions matters a lot. Knowing our spouses character, attitude or way of life is one thing but also knowing their true intentions and impressions about us is what determines the strength of relationships leading to marriage.
Courtship is a very important stage that clearly reveals to us our spouses negative and positive personalities and behaviors before we get into marriage.

What Is The Best Time To Court?

I will say it depends…
It all depends on our satisfactory status or when we are convinced enough that the person we are in a relationship with is compatible with us. In view of this, these include our way of life, character, attitude and more.

What if we are not compatible, can we manage ourselves and get to know ourselves better when we get married?

The answer is No!…
Absolutely no; because, there is nothing to manage in our partners attitude or character before marriage. When something is not clear to us in courtship about our spouses, it is a telltale sign of impossibility. Flee!

It is either you are after something or something is after you. That is intention
This might sound confusing to some but it is a straightforward thing to those who clearly understand.
Being in a relationship or courtship is for a purpose. The ultimate purpose is for marriage. However, there could be other intentions which we might not know or lack knowledge about from our spouses.
We are all humans and our intentions are quite different, it is absolutely inherent to find these differences, while our intentions are good it might be the opposite to our spouses.
This is what we should look out for in particular, if we want to have a successful relationship that will end up in marriage.
Also Read: Happy Wedding Yet Sad Marriage; Where We Got It All Wrong
Why Courtship Comes Before Marriage
Every man’s intention is either positive or negative, good or bad respectively. So, we have to be mindful and careful. This is why courtship comes before marriage.
To study and to know the strengths and weaknesses of our spouses, we need to take our time and make some sacrifices to know our spouse intentions before we end up getting married.
Don’t make these mistakes; it could end up very costly. We should remember that marriage is for a life time, so the way we handle our courtships lay the foundation of how successful it would be and the strength of our marriage.
Also Read: 3 Way Negligence Could Ruin Your Relationship
To have a successful marriage, we should know from our courtship stage, the strength and success rate of the relationship and if our marriage would be promising or not. Intentions determine the strengths and weaknesses of a relationship that’s leads or heading towards marriage.
Please follow and like us: