Skip to the content Skip to the Navigation
Self Improvement Tips
They say “Knowledge is power but what is knowledge without information -absolutely nothing”. 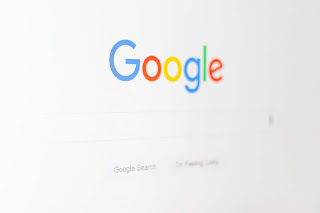 Imagine a world without internet – How Catastrophic and Disastrous it would be.
For me as a person internet has been my best pal ever since it came into existence, and I admired it the very moment it came.
Thank God for it’s creation; I wonder how it would have felt like not to live in a meaningful world.

Also Read:
Benefit From Google By Becoming A Blogger; Make Money in 3 Months

Never said the world wasn’t meaningful before the internet came, Just saying that internet gave the world its true meaning by making life more meaningful.
Choosing internet over humans as a friend has a great purpose, since internet is loyal, loving and smart. It never denies us from accessing, unless we do not have a subscription but thanks to the SME Cheapest Data Plan introduced, with ease you could access more and spend less.

Before we discuss further, we should first know some of the challenges and limitations of the internet.
Actually, to me, internet has only one main fault and that is, its Expression.
The demerit of the internet is that it can not express itself like humans do; these hurts but it is possible to find a way or solution to rectify it.

However, despite the limitation of the internet, the internet yet has its underestimated features. In essence, it speaks, teaches, train, guide, motivates and even inspire.
Imagine a machine with billions if not trillions of information stored into it. What on earth are we looking for that we will not find on it.

According to lifehacks facts about the internet – Google, the internet consisted of 5 Million Terabytes of Data way back in 2010, you also see more facts BBC or buzzfeednews.

Intelligence – Yes! the internet is so smart and intelligent although, it is through human ideas and thoughts it got all it has, but yet it provides more than humans could, as it has the capacity to store and keep information for a very long period of time.
We grow old and even loose our thoughts sometimes as our memory vanishes and die but internet does not.

I just thought about this and I know it may come through your mind too.
If people do not input information to the internet, will internet survive and not go dead?
Internet goes dead!!!
This is a good and brave question. But let me shock you a little, internet will never go dead as long as the world still exists.


Related Topic:
How Information Became An Instrument Of Survival

Bridge Between Information And Communication

From the beginning and existence of man, information and communication are the greatest means of survival.
Mind you, what is communication without information, it is absolutely nothing.
Imagine me communicating with you without passing a message which is information, would you not think that I am insane?
I doubt if you would not think so…

We have once written an article on how Google search engines is a more reliable source than text books and handouts; I hope that you would love it.
There we talked about the value of education and how we are unable to do much things without the internet even if we try obtaining the best grades in school.
We will keep seeking  the internet, even after school and till the end of life.

So is internet not worth being a best friend?

The Power Of Science And Technology

We should always appreciate the power of science and technology and the great thinkers “philosophers” who brainstormed into making all these things an achievement.

There was once a time when information was so costly and private that if we have some we take good advantage of it. If you have valuable information at that time, you are a king and a god in your world.

Right from then information is the watchdog to a successful life. In businesses, and other spheres of life included.

Also Read: How To Start An Online And Offline Business

All that matters most is how we take great advantage of the information we source for.

The Good And Bad Leads The World

Have you heard that the internet has three floors like a storey building? The surface is where we are, where we search the web such as google, Bing, Facebook, twitter, and the likes of them, while the next is classified and the last floor is dangerous– Though not as deadly as hell but something similar.

I will not go further than this, as I do not wish to digress away from the topic. If you don’t know this entire thing, this is the more reason why we need to research more by making the internet more friendly with us.

What Makes The Difference

We can not deny nor ignore the fact that internet and humans are sharing the same goals, but we can not put them into the same category as they both have their strengths and weaknesses in terms of record keeping.
It is just that humans rather choose to keep their information to themselves rather than sharing it out to the public as they are egoistic in nature, but some are just so information conscious, as soon as the new information drops they immediately post it to the internet.

Also Read:
Social Media Attacks And The 6 Techniques To Follow
They believe the internet is the most secured place for information to be kept, and also we also believe that the fastest means to spread news is through the internet.
So anything we do as humans are all tracked back to the Net. The world economic systems are all stringed and attached to the internet; business, politics, economic sector, and every other sectors in the world are all right at the heart of the internet.

So why go far, when everything we need and everything it takes to be successful as to become a better person is right there at your fingertips.
Conclusively I will say “Humans can do little but the internet can do better”.
Please follow and like us:

8 Easy Ways To Gain Freedom From Your Parents: A Wise Decision