Overstressing our mind and body could lead to sudden death if we choose to ignore the fact that fatigue could kill a person. Have you ever been in a situation or condition where you felt that your body and mind are not working together? This could lead to a serious damage to our health.
A situation where the body gets so tired and the mind gets weak alongside? These are some effects of fatigue. We shall discuss below on how that happens: 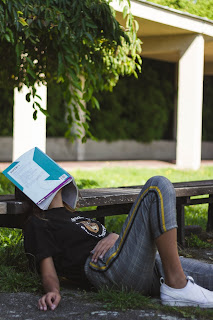 Fatigue is a term used to describe an overall feeling of tiredness or lack of energy. It isn’t the same as simply feeling drowsy or sleepy. When you’re fatigued, you have no motivation and energy. Being sleepy may be a symptom of fatigue, but it’s not the same thing. – healthline

Fatigue affects a lot of people but it seems that most people are not conscious about that fact, which is why the ignorance of it has led so many people to their early grave.
Often times, people with fatigue do misinterpreted fatigue as tiredness. However, tiredness is a symptom of fatigue but it is far greater and serious than we could ever think of.
Sometimes, mind and body fails to work together because the energy level of both body and mind are not balance, they try to flow along but ended up fighting against each other, this could be as a result of fatigue.
Also Read: How To Overcome Poverty Mentality
Fatigue affects us physically and mentally, it is an act of overstressing the body or the mind thereby causing mental and physical weaknesses. When the body gets tired the mind gets weak and vice versa.
This could affect us in our various professions.

How Does Fatigue affects us individually?

Have we ever wondered why a footballer plays so well this season and the next season they flops so obvious that they could not make any impact on the field with their team?
This is an effect of fatigue, they did wish to play more like before but they could not get it done despite all the hard work and effort they puts into it. It is as a result of the body and mind getting tired and weak.

Fatigue In The Place Of Work

Fatigue can also make a person at their place of work feel frustrated at the work place when they knows that they can get a particular work done within minutes but it is taking several hours to get it done.
Also Read: Why Business Fails
Then they finds it hard to think straight therefore causing a mental disorderliness.

Fatigue In The Place Of Study

Fatigue is one of the reasons why whenever we tried to read, we noticed what we are reading is not getting digested by the brain. A lot of students try their best to read and pass their text and examinations but at the end they do not pass as a result of the effect of fatigue.
Students who read so hard to pass an exam but could not pass might be suffering from fatigue. As they read they gradually gets exhausted, they might notice this at the moment when they just started reading but choose to ignore it because they never knew how harmful this could be to them.
Fatigue comes as a result of mental and physical stress which causes disorderliness in the body system.
Also Read: 5 Dangerous People You Should Beware Of

The common symptoms of fatigue is a thing we should be very conscious of, as everything may not seem right in the process of reasoning and thinking.
We might even feel that our body is losing a lot of diets such as protein, sugar, water, minerals more of them.
Emptiness and boredom, feeling insecure, and not having enough or not being about to sleep is part of the effects of fatigue.
We might even start losing a lot of weight and looking old and haggard.
All of these things are as a result of mental and physical stress. It could lead to excessive mood swings associated with depression at times.

How To Prevent Fatigue

The main thing to do is to avoid any form of stress, be it mental or physical stress. When we understand the negativity and side effects of fatigue to our health we will realise we have to avoid stress.
Taking enough of rest could also help, also having a nice time out and having fun with friends is also a good way of preventing fatigue, when it persist we should try consult a medical protectionist for further advice and assistance.
We should never keep this symptoms of fatigue to ourselves when we notice them, and we should be conscious and mindful of who we tell about our difficulties as there are fake people out there, we should learn to stay away from fake friend , because this could determine the path we choose in life.

1 thought on “Fatigue: How Stress Could Cause Serious Damage To The Mind And Body”