Skip to content
Perhaps we at times wonder why leaders wear suits despite the high temperature resulting from heat. This statement is seemingly allegorical of human actions. It is a descriptive statement in relations to how leaders pretend to live a good life and how they pretend to lead by examples without practicing what they preach. 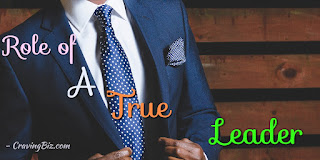 Leadership is a role played by people who understand what sacrifice entails and what it takes to serve others.  As a matter of fact, leadership seems not to be what it ought to be in most countries; using Nigeria as a case study, as corruption seems to be the model of the game.
In order to earn peoples trust and gain their attentions, most leaders pretend to be good at the inception of their leadership but this is all for the purpose of their selfish interest. They put up a facadenby fooling the masses with their unrealistic attitudes.
Supposing that we go out there, we will see how leaders kit up in suits to their various offices on a daily basis. Meanwhile, most of the masses runs helter-skelter to meet up with expectations to serve this leaders in suit but because the leaders are lucky enough to find themselves in a good position to lead they begin to misuse the privileges.
The word “why leaders wear suit in heat” has to do with disguise and pretense. Although, most of the leaders pretend to prove to the masses how good they are and how much they feel our pain yet, they have their personal ways of manipulating the game.
They portray to us a fake picture of true leadership by their words and not by their actions. They give us orientations and rules to follow, yet they break the laws.
They persuades us to exercise our franchise and cast votes to their advantages whereas, in the long run we end up being at their mercy. All the things under this discussion are just for the purpose of power and wealth.

Corrupt leaders act by judging the book by it cover to fool the masses. They are aware of our weaknesses and take advantage of it.
How weak we are and how desperate we clamour for change is one of our weaknesses they use against us, knowing fully well that we have no alternative. When for a moment they give us what we want we become too gullible to believe them and eventually most of them fail woefully and refuse to fulfil their promises to the masses.
Have you ever wondered why we have so many democratic parties? Have you ever wondered why they often argue?
The fact remains that our weaknesses are revealed to them and this is what they use against us. They tend to brainwash us and give us an orientation that keeps our mind in the dark world.
A saying goes thus “Never Judge a book by its cover” This word directly speaks to the masses.

The problems the masses face while craving for true leadership is based on:

1. Choice – (The Will to Choose) When the people’s choices are limited, they tend to support any candidate of their choice based on their own interest. On one hand, this could eventually end up in violence because when everybody wants their own preferred person to take over the seat of government at the end they end up choosing wrongly.
On the other hand, when the contesting parties are too much sometimes and they all have good plans for the masses in their manifestoes, people often get confused on selecting their choice of candidates.
2. Doubt- Indecisiveness: Because man is a being that is curious to know more, the element of doubt is built in us, which makes us doubt everything good and evil, our freewill made us imperfect therefore, we are unable to decipher the right thoughts from the wrong ones and this makes us a being which is inconsistent in decision making.
3. Trust – The Act of Belief: Doubt results to lack of trust whereas trust is the foundation of every relationship in life. However, while craving for true leadership, trust stands as a problem that is hard to resolve.
Based on peoples previous experiences and what they have encountered in life, only few can trust. Even some people cannot trust themselves not to talk of trusting others and this at the end causes the majority to choose wrongly.
4. Courage – The Fear to Take Risk: Courage and fear are two inseparable entities, just as light and darkness. Anywhere we see light; darkness must have being in existence and vice versa. The same also applies to courage and fear which leads to the inability to take risk and to choose wisely and correctly.
Please follow and like us: