There are different kinds of people in the world with different attitude and character. While some possess good character and attitude others are extremely bad. The good ones are few and rear to find. Attitude defines who we are; right from the first approach, we should be able to tell if a person is good or bad. Here we shall discuss on the 5 dangerous people we should beware of while craving for success. 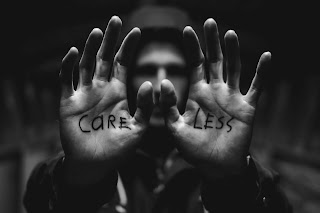 First approach alone cannot determine how good or bad a person is until we get to know them better because people pretend to be what they are not. We call these sets of people faker.
Fakers are full of pretence and also camouflage themselves under others peoples shadow.
As we have previously said earlier, first approach alone cannot differentiate a good person from the bad one “we do not have to judge a book by its cover” simply, because dangerous people also disguise in smiley and friendly faces.
Many people have failed due to the fact that they do not recognize these sets of dangerous people around them. They are misled by their sweet talk and manner of approach; they always pretend to be good people while they have entirely different goals in their minds.
”Peoples evil motive would be revealed to us if only we can read through their mind”.

1. Silent killers: These particular type of people are always silent. Most silent people are sets of people who can endure pain or any form of insult and abuse, they agree to whatever people do to them, they most times admit to fault and do not talk much.
They listen to get us at our own words especially in the time of argument. These people are most times corny, they also pretend they know nothing while they know a lot of things, they find it difficult to share their opinions or problem above all, they are very laconic (people who speak few words).
These sets of silent people are one of the most dangerous people in the world and we have to take note of their personalities. They can mislead us and sometimes protect us at the same time because we do not know their mind if they are truly for or against us. These people are most times harmful; notwithstanding, we must try our best to stay away from fake friends because they may be one of them.

2. Talkative: Talkative are very dangerous people that can destroy a person’s life without they themselves knowing. They are people that cannot take caution of their tongue. Talkative are people who talk too much and one bad thing is that people who talk too much talk out of context. They act opposite to a laconic
They just keep on talking even when it is not necessary. This is quite dangerous to us because they cannot keep secrets as a friend; they keep talking until they subconsciously reveal our secret and expose us to the world. The good advantage about this kind of people is that some are good speakers but they talk too much and that can also be dangerous to us if we are not careful enough.
3. One Direction Thinkers: why these sets of people are called one direction thinkers is because they do not always have a second thought or a rethink before jumping into conclusion. These people think without reasoning.

“Abstract process of reasoning through rational thought, to reach a conclusion, result, goal, decision, judgment, assessment, understanding, or other outcome that is thoroughly and convincingly justified by the reasoning process”.  – Medium

Is a logical application of common sense and wisdom to things.

“Thought (also called thinking) – the mental process in which beings form psychological associations and models of the world. Thinking is manipulating information, as when we form concepts, engage in problem solving, reason and make decisions. Thought, the act of thinking, produces thoughts“. LinkedIn

“Think before you speak. Read before you think.” – Fran Lebowitz – Goodreads

Are there people who think without reasoning? Yes, there are people who think without reasoning and it is very dangerous to us. We should beware of these sets of people.
4. People Who Do Not Read: The world evolves each passing day and as it does; we get more civilized. This implies that a person who does not read will remain stuck in his old knowledge and stay primitive. Reading means learning new things by updating and upgrading oneself to know new things. Most people who do not read do think that they know the difference between the right and the wrong, these sets of people can really argue unnecessarily!
They always think that they are knowledgeable, while they may not know a thing, because they are stuck in their old knowledge. Humans need to keep upgrading and updating themselves from time to time, so as to discover new things and to get more information. So as to stand out among our peers, reading books are one of the ways to update and upgrade ourselves to getting more information.
People who do not take their time to upgrade themselves lose taste and value in the society they belong. So we need to beware of these sets of people. They serve a dangerous blockage for people who crave for success.
5. People Who Do Not Forgive: The overall of them, are people who do not forgive, one thing is to forgive, the other thing is to forget. Although it is not easy to forgive someone not to talk of forgetting the wrongs they have done to us.
Forgiveness is what makes true love stands. People who cannot forgive are very dangerous sets of people that we shod they are from because they attract toxicity to our healthy wellbeing.
Conclusively; the five (5) dangerous people we should beware of are people we see around us on a daily bases, they may be our relatives or friends, we can try to change them if we can but we should be conscious of not letting their dangerous attitudes influence us in the process of we trying to change them for the better.