Skip to content
Leadership is not a task for everyone neither is it a game to play, rather it is an act to protect, guide and serve the followers to walk through the right path to success.
Many leaders failed because they allowed pride to get into them and at the same time failed to apologies for their wrong doings. 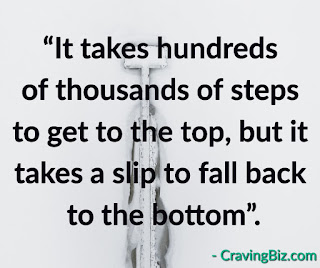 Most, who are leaders do not really understand what leadership entails. A leader is someone who sets a standard for the followers and he should not do anything in contrast to that.
Who Is A Leader?
A leader serves as a servant or a shepherd that guides his flocks, he leads and rule by examples and he does not take for granted his roles of leadership.
Leadership is a role that is fit for matured people only, people who are full of experiences and exposure to the basic knowledge of life. They lead by example as they guide to teach by example.
We have so many leaders around us; among them are people such as our parents, guidance, teachers, pastors, advisers, mentors, governors, up to the presidents.
However, a good leader with the mindset to lead his followers to the right direction must be the first to lead the way.
Leaders are people like us who also pass through the very stage as we do.
However, some followers seem to be servile under their leaders whereas, they forget that leaders are just humans like they are.
Considering some of those who have taken up the leadership position it is not about how smart, good or morally upright they are but by luck and grace. So, they are meant to be a leader not a god to serve, they are meant to serve us.
Every good and bad leader can be traced back to their origins and source which is their homes, to be sure how well they are trained and how well they also trained themselves over the years, because most corrupt leaders may be well trained at home while they chose a different path by building up themselves in the wrong way.

It natural that every man wants everything good in life. Moreover, we need to read about how evil and good works together to make a better world – On that post, we made an explanation on how the opposite things work together for the good of everything.
The mistakes we make in the pursuit for success might cost us a lot more than the success itself, if we are not careful enough to avert the consequences.

Climbing The Ladder Of Leadership

It is hard to climb up the ladder of leadership and it is also easy to fall when we get to the top of the ladder. When we are in a better position, we believed that we have seen it all, we have known it all, and in the process we often forget that the sky is not the limit but rather a starting point.
There are many stages in life and the truth remains that there is no contentment in success because human wants are unlimited and insatiable. As the saying goes “where ones knowledge ends is where that of others begin”.
Therefore, we need to be extra careful when we are opportune to be in a higher position.
“It takes hundreds of thousands of steps to get to the top, but it takes a slip to fall back to the bottom”. -CravingBiz

Why Are Leaders Bound To Fail?

Leaders who fail are mostly the corrupt and egoistic ones.  One of their character traits is self-centeredness. They do not care about people’s progress or well-being, all they do is care about themselves alone.

A corrupt leader is bound to fail because of his pride and arrogance. Among other things is the will not to listen to the corrections of the masses and the failure to apologize to his followers for any form of misconduct.  Leaders who are full of pride will never apologize and always look down on their followers.

False leaders are bound to make empty promises to their followers while they are craving to get to a particular position.
False leaders are fakers who do not listen but feel self-important because they are in a certain position. They put up a facade just to get what they want.

Our Manner of Approach

As a leader who does not want to fail, another thing we should also put into consideration is the way we approach things, most of us fail to understand what the needs of our followers are because we possess more of an egoistic nature of self-interest of “me, myself and I” we often care only about ourselves and forgetting the main reason why we are in the position to lead.

Attitude is one of the seed planted in us from birth; it can mostly be traced from the home we came from or our family backgrounds.
“Having the ability to make friends and build relationships is a critical skill for all leaders”. – Forbes

Attitude has more to do with ethics; it is a moral way or conduct that has to do with our disposition or state of mind. Knowing the good from bad and practicing what we preach reflects in our attitudes.
Plato once said that the success of a true leader can be traced back from the home. How the family is.
Plato once said – To get a true and genuine leader, a king must become a philosopher and a philosopher must become a king.

This is a very common attitude in leadership, since most leaders see themselves as a god that people worship and serve they take advantage of the power, opportunities and privilege they get to disrespect people.
Sometimes they possess a nonchalant attitude and never will they accept that they are wrong not to talk of going to the length of apologizing by saying sorry, even when they knew for certain that they are totally wrong.

As the saying goes, pride comes before fall, and to fall means failure on the other hand. A leader is not bound to fail or fall if he applies wisdom and make proper use of the power of the brain.

When we are privileged to become a leader or aspiring to becoming one, we should learn to eliminate pride because we are not there to be a god to people but to be a servant who watches over, guide, protect and at the same time instruct his followers on what to do and how to do it.
We are meant to be a mentor to the followers and also serve as a motivational guide and inspiration to others, and not just a lion who roars to be heard.

Perhaps this message may directly speak to someone out there who is a leader aspiring to be one someday, let us be guided by our intuition and do what is right. Somehow in one way or the other we might have gained or learn one or two things from this write up.
I urge and encourage us to maintain a form of leadership within ourselves as we journey through life. Another fact we should hold on to his the fact that no one knows tomorrow, we being in a position today does not mean someone else cannot be there tomorrow.

As it is said “we rise by lifting others” and when we get to the top we should always look back to see and to help the ones we left behind, because life is weird we cannot understand the way it operates.
People we left behind now may be above us in the future by chance or perhaps by luck. So let us learn to put it upon ourselves to readjust our ways to bring the best out of ourselves as we crave to desire more from life.