It is so strange but true to believe the world we once knew to be organized and dominated with as much plentiful  natural resources such as minerals, gas , food, plants and many more  useful product of nature has been misused by us (human). Which these stands as a wake-up call for us all as we engage machines as a replacement for human. 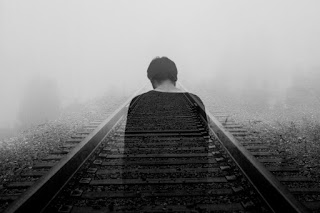 The world is a habitat surrounded with the richness of life and fatness of the earth (fertile land) a comfort zone for all, where provision for every man is readily made available to meet his needs in his quest for survival. Based on statistical analysis the current figure of the earth’s population, in July 2019, was over 7.7 billion  with China been the world largest populated country, followed by India, U.S.A, Indonesia, Brazil, Pakistan then Nigeria, being the 7th most populated country in the world.
However, the natural resources on the planet earth are more than enough to feed every single man; every man could have more than enough to cater for himself and his family. In recent years, researchers found out that the number of people in the world kept on increasing with a huge figure, which may lead to over population if proper measures are not taken into consideration.

What Causes Us to Baffle

Our curiosity, on one hand, has helped us to many accomplishments in world.  Achievements such as the introduction of science and technology which gave rise to inventions. Understanding the top 6 criteria for success. On the other hand, in the act of philosophizing, new ideas are born and used for the purpose of improving human lives and experiences. In the process of the developments in research and findings, new things are discovered. Among other things discovered in this technology, is mostly the “machines” (Artificial Intelligence).
The machine is an apparatus that uses mechanical power to enhance the efficiency of human energy to ease man’s labour and effort.
Have you ever imagined the machine taking over the world in terms of economic, business and work sector? At the moment, do you know how many people who have lost their jobs because of Artificial Intelligence? How many relationships and homes have been broken through social media influence? How many people have been misled or gone astray just because they want to use the latest gadgets in vogue?
All of these are questions we should ask ourselves. Although, we never said machines aren’t good enough to help us in doing our complex and hard works or to assist us on making our work easier and effective in terms of speed, accuracy and time management.  Technology made easy but yet a threat to humanity

What will Be Left of Us?

The problem arises when machines totally takes charge of replacing humans. At this point, the rich become richer while the poor becomes poorer. This question of thought “what will be left of us”? Stands as a bone of contention.
We should be alerted and fully aware of the fact that if machines takes a hug effect in the world, it would bring drastic effect on humanity and could lead to more crises, war, crimes, and many more atrocious acts.
Despite the good effects machines have contributed to the world now, it seems it has also constituted nuisance in some aspect. We are in the Industrial world where chemicals are produced in factories, both consumable and in-consumable goods are also manufactured; producing harmful and toxic chemicals into the air, which are very dangerous both to human and the world at large. This causes air pollution and depletion of the ozone layers.
It also causes climate change posing a threat on humanity, which is an effect of global warming. Global warming has been a case study which is yet to be resolved for some years now, in recent years till date causing heatwave which leads to over 20,000 people to death, there has been some severe number of effects on climate change, resulting to loss of lives and properties.
There must be an end to this.