Schools are closing down across Europe as panic rise across the continent.
It is recently reported that heatwave has taken a gradual and drastic effect in Paris, the French country, resulting in school closure. Residents had to flee and evacuate from there various home to a safer environment.
It is reported that the heatwave caused as an effect of climate change, is the second highest breakout, ranging about a high temperature of  40C  (104F).
A heat wave occurs when a system of high atmospheric pressure moves into an area. In such a high-pressure system, air from upper levels of our atmosphere is pulled toward the ground, where it becomes compressed and increases in temperature. –farmerslmanac 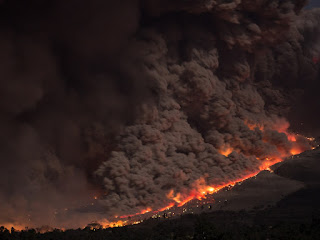 At the moment a forest fire has ripped through 100 hectares of land alerting an emergency response. Causing dozens of schools to be closed due to a lack of intake of dangerous air, with the look of things, more closures of schools are expected.
It is sad for the Europeans to have once experience such a harsh attack of the heatwave in 2003, taking the life of 20,000 people. Due to the threats in climate change.

“Monthly heat records all over the globe occur five times as often today as they would in a stable climate,” he said”. According to a report from SkyNews

However, we know not what will happen next. As climate change possesses more threats to human. Our hope is to hope for a positive change by faith as we await the unfold.