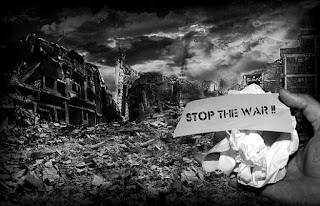 Religious conflict is one of the persistent problems that the world currently contends with. In and around the world, there is a reoccurring problem of places of worship being attacked. Churches and mosques in different parts of the world have suffered very deadly attacks in recent time. Just recently, a mosque was attacked in New Zealand, leaving a lot of people dead.

Religious identity continues to be one of the most significant predictors of violence in the Central African Republic. Many Muslim communities remain displaced and in the western parts, Muslims cannot practice their faith freely. The CAR Government has initiated some work to ensure renewed interfaith cooperation and address the growing tensions between religious communities. However, without adequate reconciliation efforts, this has not achieved the desired results. The United States Commission on International Religious Freedom (USCIRF) found that the situation in CAR merits the designation of a country of particular concern (CRC). In its 2018 report, USCIRF reported that Muslim minorities in CAR had been subjected to marginalisation even before the recent conflict arose. Muslims continue to suffer from systemic discrimination in a wide range of areas including their access to education and identity documents. The ongoing violence has resulted in over 2.3 million people requiring humanitarian assistance. It has created more than 450,000 refugees and almost 350,000 internally displaced persons (IDPs). Thousands lost their lives.  Source: Forbes

This is not to talk of other parts of the world where churches have been repeatedly attacked too. For instance, the North-Eastern part of Nigeria has experienced serious retrogression in the last ten years as a result of the activities of the Islamist insurgent group, known as Boko Haram.

By EMMANUEL EDUKUGHO FROM what was believed to be a peaceful Islamic splinter group that propagated a controversial ideology against western education, Boko Haram which began in 2002, attracted national attention when the sect leader Muhammed Yusuf, a one-time commissioner in Borno state, declared that Boko (western education) was Haram (sacrilegious). 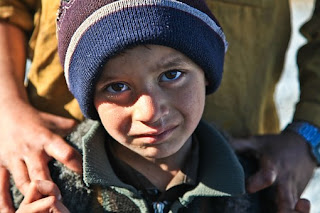 The Islamist group which has been said to be against western education and anything that is related to the west, including Christianity as a religion has continuously wrecked a lot of havoc in many states of North-Eastern part of Nigeria. This has led to the destruction of properties worth millions of Naira, as well as the loss of lives. The list of the effects of religious conflicts in the world is endless. Below are more possible effects of religious conflicts.
EFFECTS OF RELIGIOUS CONFLICT
1. Underdevelopment: Religious conflicts cause Political tension and instability, thereby not leaving room for any form of development. Moreover, industrialization which is a major driver of development does not thrive in a place where there is instability.
2. Disintegration: Religious conflicts encourages disagreements between individuals who belong to a different faith. This makes it difficult for peace to reign, thereby leaving no room for any form of integration among individuals.
3. Destruction of Lives and Properties: As I have mentioned earlier, religious conflicts brings about the destruction of lives and properties. A lot of people around the world have lost their lives and valuable properties as a result of religious conflicts. In countries like Nigeria, Somalia, Iraq and Afghanistan many people have lost their lives and properties as a result of activities of Islamic extremists.
4. Economic Retrogression: As a result of the lack of safety of lives and properties, places that experience religious crisis usually suffer economic retrogression. The reason for this is not farfetched, industrialization and agriculture, which are two major drivers of the economy do not thrive in places that experience crisis, recession, the resultant effect of this is poverty.