The question I ask myself is, have we not lost it all? is our thought not fighting against us

have we not eaten more than we can chew? Is there hope for our coming generations?  What are they to rely on after our departure? Isn’t our ego and knowledge leading us into destruction?
All this I ask myself, knowing for certain we have made a good number of deadly mistakes which we can’t reverse just because we aren’t contented with what we have. It looks so easy now but could be extremely difficult when we realize what problem we have cause to the world and to humanity. 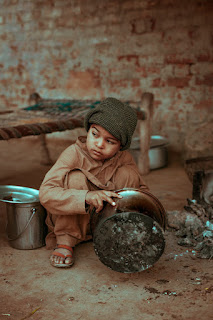 Look at the world we live in today it has always never been the same. The world we once knew isn’t the one we live in, the earth is weak, old and not as productive has it use to be.
Global warming at the moment is our major concern, Climate Change Threatens Human Health. Base on the curiosity and selfish interest of man wanting to get more as to race in class and civilization. I never said civilization isn’t a good thing all I am saying is that getting too much of everything just to satisfy oneself or humanity craving isn’t the best solution, in fact, it kills.

(CNN) The world is facing a ” between the rich who can protect themselves and the poor who are left behind, the UN has warned.A new report published on Tuesday estimated that more than 120 million people could slip into poverty within the next decade because of climate change. – CNN Twitter

Poverty at some point will be the overwhelming story for the day. According to a new report nearly or over 120 million people in the world could fall into poverty within a short period of time.
At that point, people will have to find a means of survival which it could too late for humanity to handle.
However, the truth be told, it is so obvious that we as human, we have seen this problem far and now right before us but we choose to withhold from them, why? Because of our selfishness and greed. It is so clear that we are the problem in our own lives. The desire to get more, the hunger to strive for more, our egotistical nature will not allow us to rest until we use our hand in destroying everything in which nature has given to us for free.
In the fight for survival for food, shelter and power which will defiantly occur during this period when climate change takes effect having positive thoughts about life and how to make things better to be our main focus. Effect of Climate change could lead to a religious conflict, race and raise in class and power are some other effect
Our curiosity and hunger for more are making us stab our selves, by letting our future generations be at stack. The coming generation at this stage are hopeless and no not what is to come upon them.

Is There Hope For Our Future Generations

We may think of all these new inventions and technology. Toiling, mining and many more, gives us what we want. Yes, it does, but why in excess. Why killing the earth when we have no other to live in at the moment. We shouldn’t forget our next generation deserves a chance in a better world. Why the selfish interest, we may think we are doing it for our coming generations but have we thought about the outcome, have we thought about if there will be a future generation after we have destroyed everything with ignorant. Will the next or future generations get to meet a durable world, a natural world. 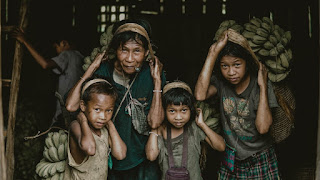 It is currently reported and confirmed that people may go hungry or starve to death based on the level of poverty in the next decade because of the effect of climate change which could affect over or more than a total of 120Millions of people in the world according to the new report.

The world is facing a “climate apartheid” between the rich who can protect themselves and the poor who are left behind, the UN warns.

More than 120M people could slip into poverty within the next decade because of climate change, a new report estimates. https://t.co/Q2kxpZj6yx

The beauty of life is to live naturally. This doesn’t mean artificial things/intelligence are not welcome or appreciated but to what extent? For instance, a man with an amputated leg will always appreciate an artificial leg “a machine” but will hope to have his natural legs as his best option, because nothing feels more natural than natural “The original thing”.
The most annoying part of this is that most people care less about talking about things like this (Artificial Intelligence), mostly in the world of science and technology. However, they surely know the truth but since and because of their selfish interest they ignore these things and abstain.