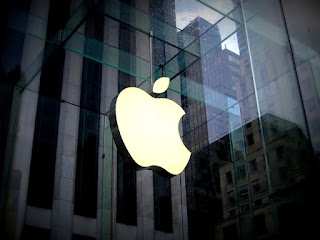 Starting small with little beginnings always have its time good harvesting. For over a decade, Apple Inc has been one of the most interesting experiences in our world of technology, most importantly in the aspect of smartphones and other devices.  The impact of Apple Inc on the technological landscape is one that cannot be sniffed at, in fact, to say Apple has greatly influenced the way we use and respond to technology is more than stating the obvious. The company which has given us great devices such as the iPod, iPhone, iPad and Mac laptops has always been at the forefront of radical shifts on the technological front.
However, this article is not to bore you with the story of Apple, but to look at the company from a fun and interesting way. Bon Appetit:
Overall, Apple’s history is one of astonishment. Now one of the most powerful players in the computing and mobile fields, Apple continues to surprise the world with its innovative products and services.
Source : Thefactsite